And so, the end is near…the final days play on this tour and heading back to the UK tomorrow.

Rain is forecast for most of the afternoon so England need lots of quick wickets if they’re to force a win. As I write on the approach to lunch, that hasn’t happened and nor has the forecast rain (yet). NZ reach 201/2 with Taylor 82 and Williamson 88. And the prospect of a wicket looks remote. Taylor and Williamson both exude class – the latter just has so much time. He’s a pleasure to watch and to travel the world to do so.

If the match peters out into a draw then England can look at two errors – not selecting a front line spinner and not batting when they won the toss. It would have given them a better chance but I suspect the pitch would have still come out on top.

Both pitches in NZ have been too dry and favoured batting too much but we are where we are but it was down to both sides to make something of it and NZ clearly did!

Five overs after lunch see both batsmen make their centuries – Root really bowled some filth to Taylor who dispatched him with disdain. The promised storm then came and washed the game away at 241/2 – eventually called off but as I write this (nominally in the last session but back at the hotel near the ground) its a fine sunny afternoon- but that’s life!

So…to conclude a few action shots from the morning session whilst I’ve time tomorrow and on the flight back home to compose a retrospective blog of the NZ part of the tour.

It’s a shame the match petered out but that’s the game! 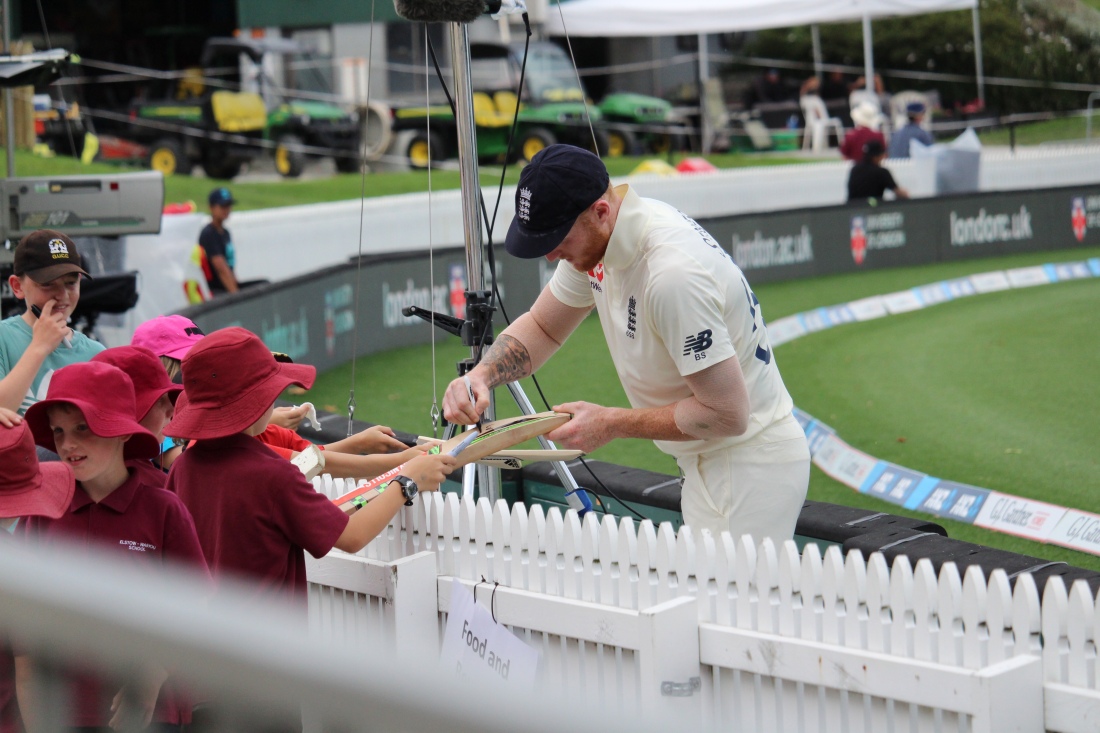 This made their day! This has been a feature of both sides in the field every day – just connecting with the fans to make them feel ‘special’