The day dawned in Hamilton sunny and dry but with a forecast of afternoon showers so we could be seeing a curtailed days play. The prospect of test debuts for NZ and England whet the appetite as does the prospect of Pope keeping wicket for England – there’s little evidence of him keeping in any first class game so this could be a test.

Whether any other religiously named wicketkeepers have ever played for England is a delightful prospect to ponder over on a dark December afternoon (potentially as early as next week).

One interesting aside – and I have been hit once this tour – is the news that a power outage in NZ this week was caused by the volume of bird quango hitting power lines. This requires a) significant volume and b) marksmanship! It’s given the main TV news great consternation in how to describe it without offending their audience!

Seddon Park is small- almost a village green type ground in the middle of the city of Hamilton. Numbers attending are expected to be small as there’s only one coffee concession stall and two toilet blocks!

England win the toss and bowl (!); the theory of five seaners and no spinners seems odd but Root reckons on getting lots of wickets today and before lunch! He says history dictates this – sounds more like the stats man had a loud voice in the management meetings this week!

NZ lose two by lunch – Raval who hasn’t done anything like a bolero and Williamson for 4 – and reach 86 off 28. Broad is getting the odd one to nip, Archer bowling within himself and not try the bouncer every ball, Woakes (in for Leach) strives as he always does and Curran is workmanlike. No sign of Stokes bowling yet. Latham and Taylor have rallied NZ with the former reaching his 50 on the stroke of lunch.

The ground is not that well appointed in terms of facilities and the more I see of Hamilton as I head off for lunch – food, any food! – the less it impresses me but there we are.

Clouds gather and the wind freshens as tea approaches at 173/3. Taylor went immediately after his 50 but Latham is giving England another lesson in how to grind out an innings and is 101no at tea. It’s almost weatherwise what I expected NZ to be – cool/warm with shade and sun.

England’s plan of ‘loads of wickets’ is looking a bit thin at the moment but there’s another 2 and a half hours to go – nominally 36 overs but the way that England treat the paying public with distain I don’t expect these to be bowled!

And on a ground where there is no shelter other than a few trees, concession gazebos, tv towers and metal stands, the risk of lightning increases as the thunder clouds roll in and somehow what looked like a reasonable crowd suddenly becomes small – albeit that the locals and their knowledge have headed for home.

After an hour and a bit play for the day is abandoned but will start 30 minutes early tomorrow.

England were saved by the rain today from any further embarrassment but what will tomorrow bring?

And the cause of the next power cut? 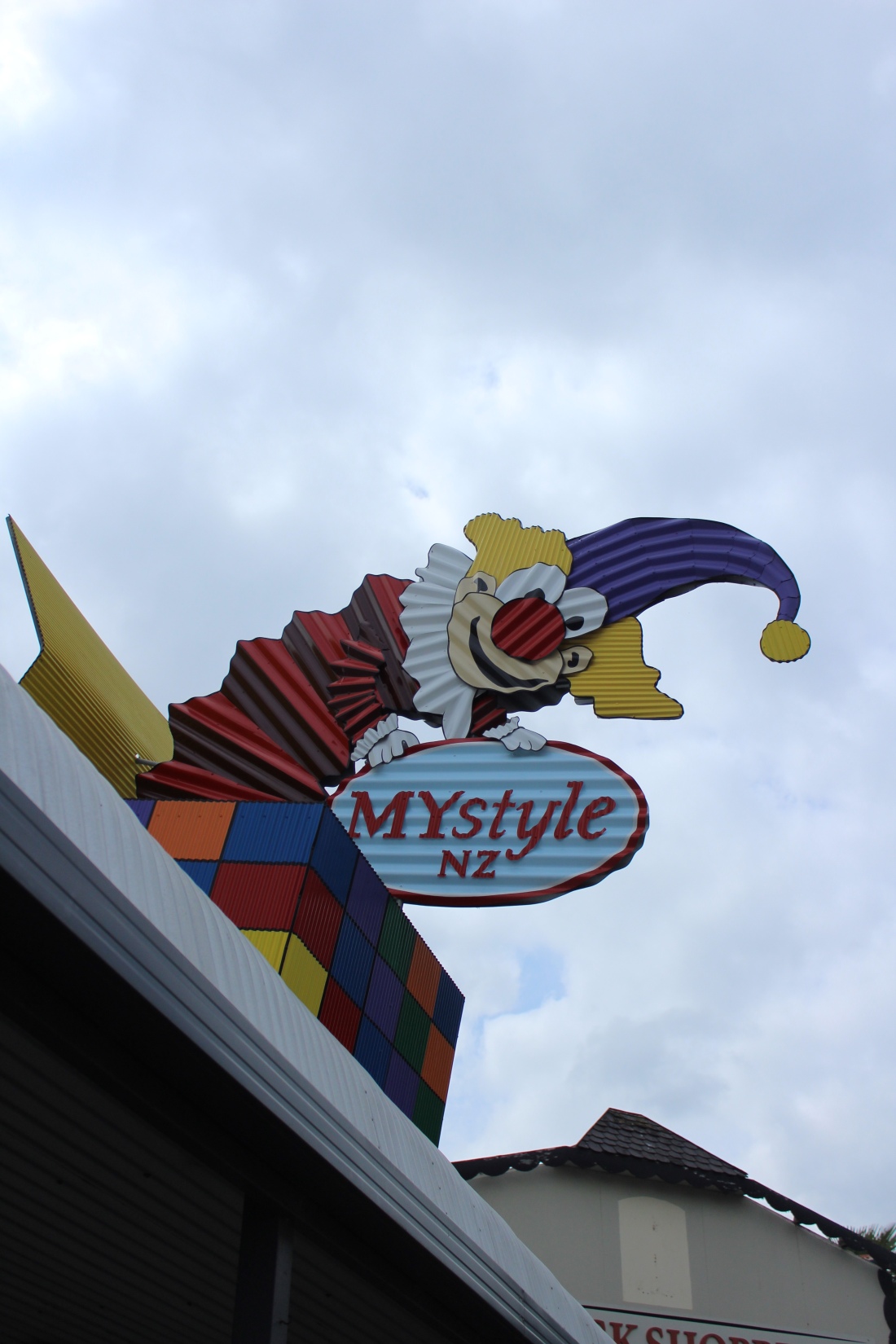 Another transfer day as the tour heads for its final destination of Hamilton before heading home from Auckland this time next week.

There’s very little to say about Hamilton – it’s ok as cities go acting as a centre for the surrounding areas but it’s clearly not renowned for its tourist attractions; adding 5,000 or so England fans should bring it to life in what should be its overcrowded centre.

However the journey from Rotorua was uneventful in pleasant countryside apart from a short stop in Tirau renowned for its quaint signs and antiques. What interested me the most was the ‘home kill service’ which I took to be either a pest control service or at worse a firm of hit-men given the nature of the employees sitting outside! Turns out to be a mobile abattoir and butchering service for the local farmers etc.!

So…a few more tourist photos today before we concentrate on the cricket tomorrow.

Some of the quirky advertising in Tirau 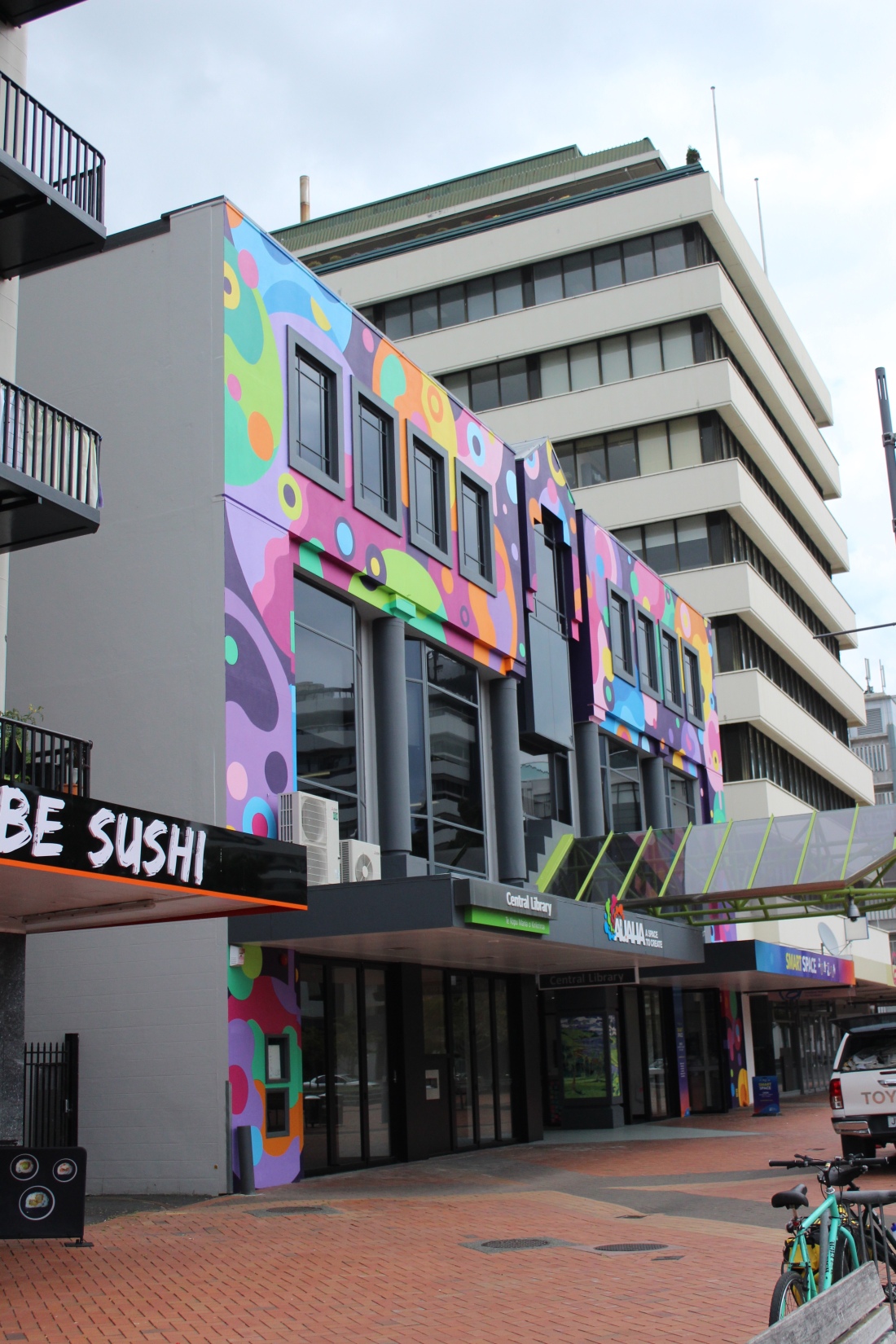 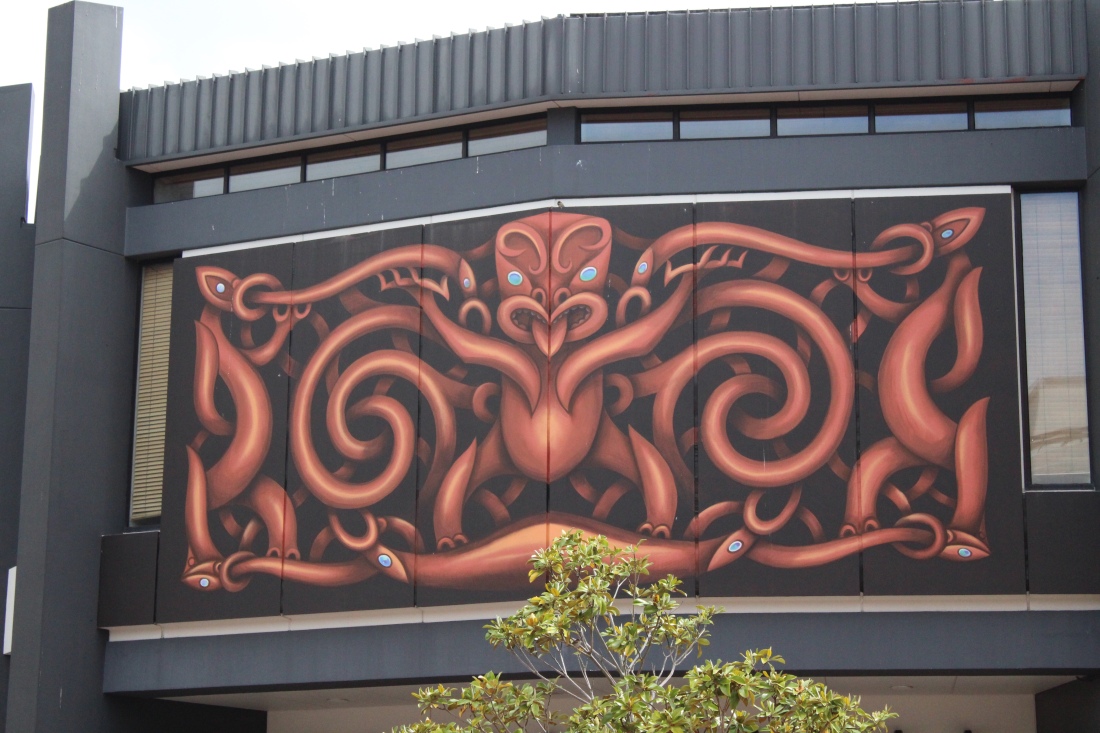 And finally…the best of downtown Hamilton

This is a text widget. The Text Widget allows you to add text or HTML to your sidebar. You can use a text widget to display text, links, images, HTML, or a combination of these. Edit them in the Widget section of the Customizer.