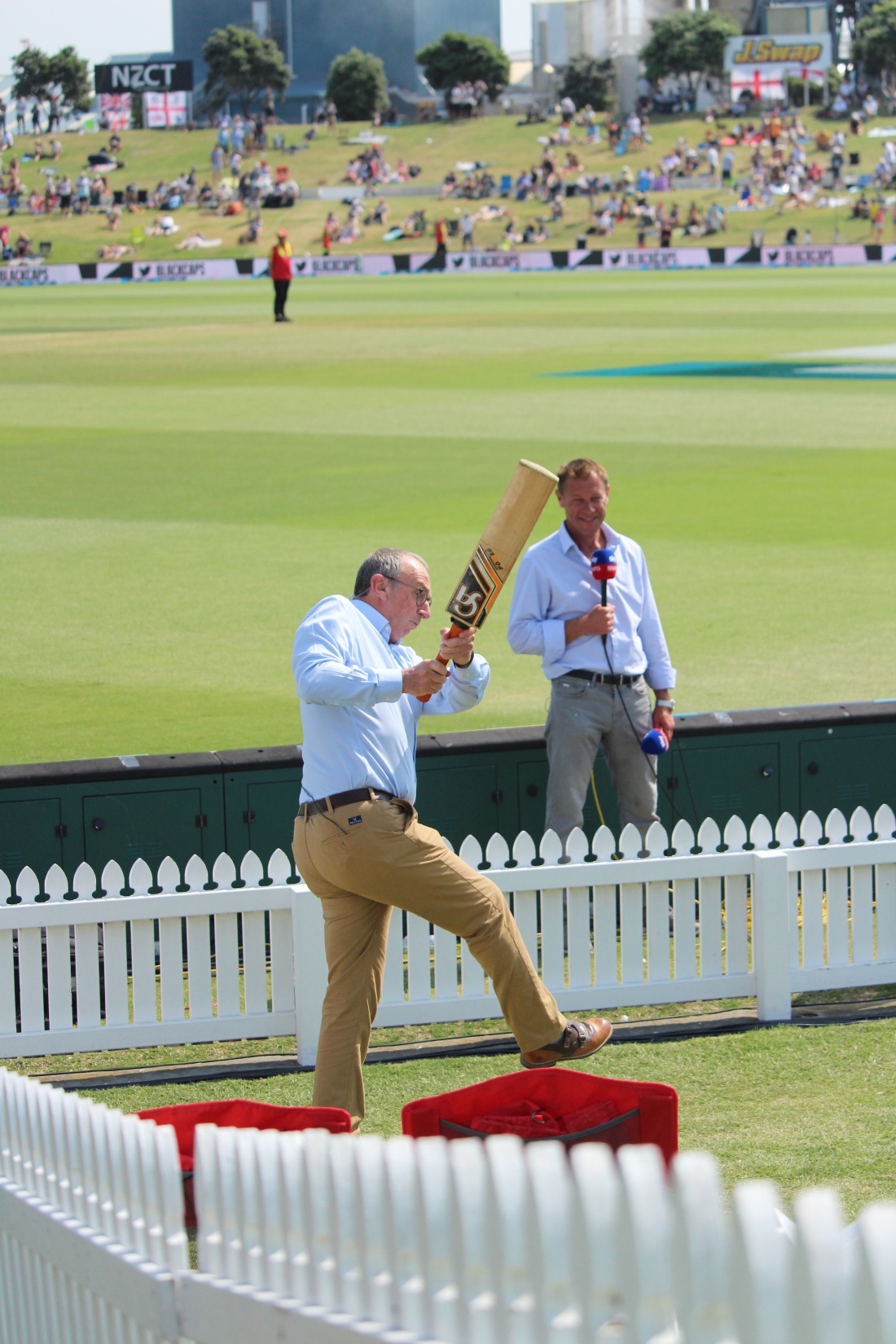 Today was a statto’s delight.

And after the most bizarre evening ever in Tauranga last night, some stability was needed. Words cannot explain the events at one of the local hostelries other than try to imagine Kafka met Fred Astaire in a Python movie. I should stress that I was not involved but Dad dancing of the worst kind accompanied by some of the oldest dancers I’ve ever seen with wheelie bins being brought into the pub and all to the accompaniment of a small pseudo-rock trio gives you just a flavour. I’ll never be able to listen to ‘all right now’ ever again with thinking of Tauranga.

So what’s the relevance of these events to the test match I hear you ask? Well let me say that the most exciting thing about the morning session was Aggers on TMS being given a cake!

Neither side wanted, it seemed, to force the match. No wickets fell for 58 runs in two hours shows how exciting it was. As expected the crowd was smaller – there are other delights to experience here – and no fancy dress to note. This brings the score to 452/6 as the batsmen grind on and England’s bowlers reflect the overall body language of the team – silence!

England seem to have miscalculated when the second new ball was due since all the quicks had already been used (aka flogged to death) and really have no plan (just like the Barmy’s vocals for their Archer song – just ‘Jofra Archer followed by a lot of clapping.

The discussion turns to when the declaration will come and what will England need to save the game. Instructions have been given over lunch as NZ move through the gears to reach 590/7 at tea. Santner being the only wicket after he makes a test best of 126 and his maiden century. BJ by tea reaches 200no – again his best test score. But they added 237 for the 7th wicket – the best for NZ in all tests ever!

I told you it’s a stattos delight! England were basically clueless during the afternoon session- it looked like men against boys! Even the barmies started to leave!

And still no declaration!

But at tea, the Sky boys having done their bit head back but Bumble is intrigued by the impromptu game in the banks and joins in showing everyone that at 72, he has still got it! Will this be the best by an England batsman today?

A somewhat useless short session after tea see NZ reach 615/9 declared as they tried to speed things up. BJ was eventually out for 205 and – brace yourself- it was the third best score by a Kiwi in tests ever; and was the longest innings by a Kiwi in tests in terms of balls faced or minutes at the crease – and he beat his own record! 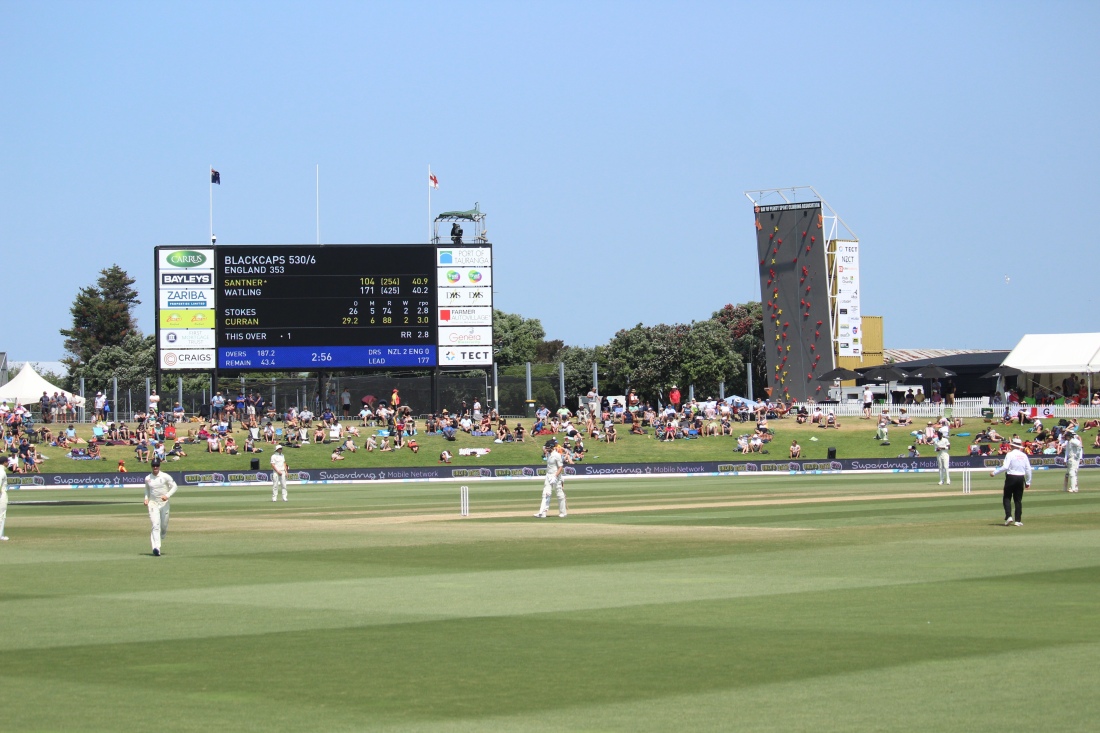 So England need 252 to make NZ bat again or to bat for a day and a session for a draw. 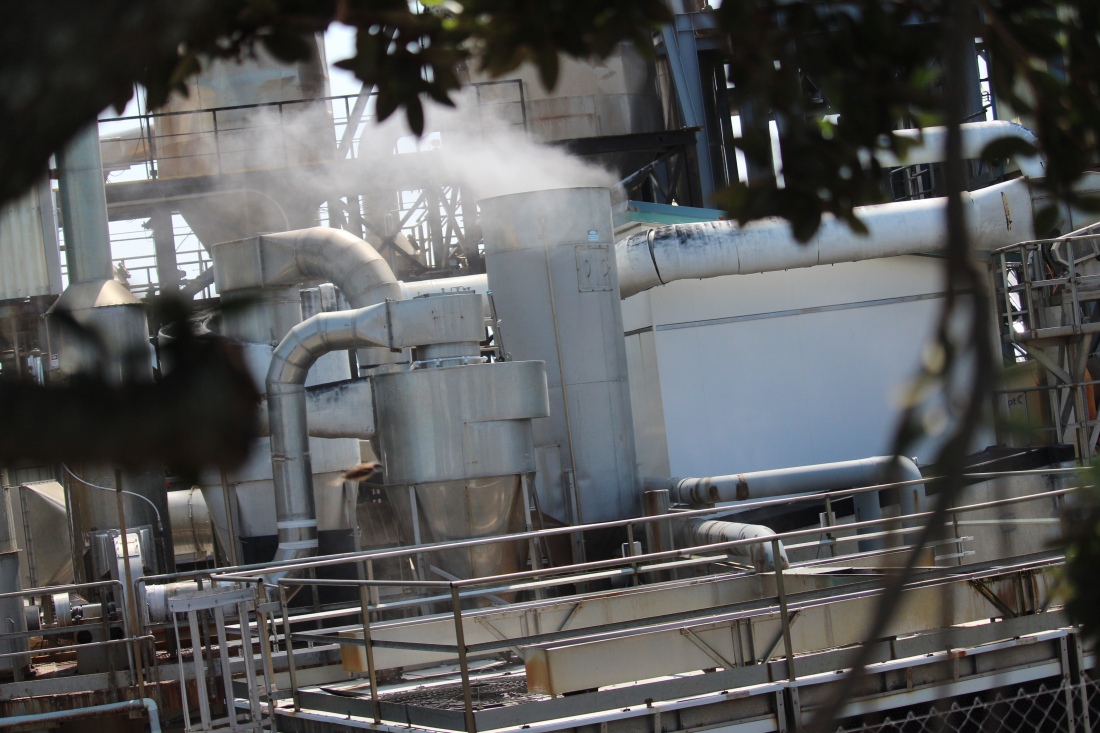 All was well for a while until Sibley nibbled a wide one from Santner, Burns miscued a top edge catch and Leach sent in as night watchman was out on the last ball of the day – 55/3 reads the score! If England score 200 I’ll be surprised. Scoreboard pressure is playing with their minds as well as more effective bowling by NZ – having gone 11 home test innings without a spinner taking a wicket and Santner has three already.

Bumbling by England, focus by NZ – this is only going one way.