Today is the last day of the ‘tourist’ stuff before the serious point of the trip starts – namely the first ever test at Mount Manganui (Mt M) in the Bay of Plenty.

Having had a travel day yesterday from Queenstown to Tauranga – uneventful flights except for the a) the opportunity to travel in a prop plane and b) no bag security checking for the ‘local’ flight, today had to be a bit of exploring, climbing the mountain and then recovering!

A walk from Tauranga into Mt M added to the collection of the total number of walks and steps taken over the past week as this is clearly a country where fitness is a priority!

We stumbled across a coffee shop where we found Mark Ramprakash huddled in the corner over an early lunch, girded our loins again and prepared ‘properly’ this time for an assault on the mountainside. The climb is 232m from ground level to summit and a choice of treks – ‘simple’ to ‘vertical’ – we chose the former even though it was still over 2km long!

The track started on a reasonable incline but soon progressed to close on a 10% gradient if not steeper and given our collective youth, we decided that frequent breaks to admire the sheep, view and have a drink were essential. One of the group decided to add a drama to the climb by falling down, and given the incline, was potentially heading to fly off the mountainside (H and S counts for little here!) but I managed to grab him before he flew past!

So…on we trekked, stopping to ask others who were on the way down how much further but when told us that they had seen a guy weighing 180Kg at the top, we each knew we could do it!

And do it we did! The views were spectacular as you will see below. Yours truly managed to fall over (on the flat bit at the top) and grazed my elbow removing a layer of skin, but I’ll survive. (The excellent local pharmacist was brilliant and recommended a Manuka honey and oil potion). 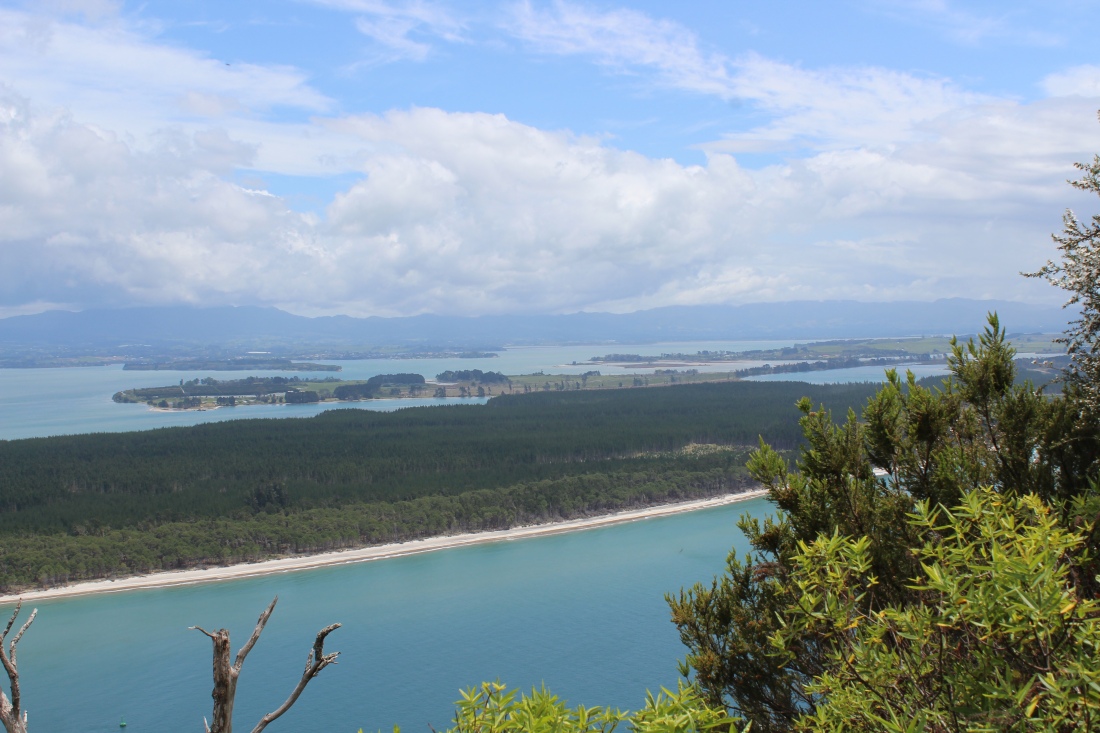 The trip down was more stressful on the legs – the mountain is the equivalent of a 47 storey building! But another fall/trip on the way down gives JA a 2-1-0 lead in the competition to see who can fall down mountains the most!

By the time we had reached the town at the bottom of MT it was filling up with English cricket supporters – you can tell them a mile off (probably me too!) so there should be a good English support for the test starting tomorrow when the blog reverts to cricketing matters. Steve Finn as also spotted in town (Middlesex and England followers will know who I mean).

But fear not dear reader, Rotorua is on the plan for next week and has a longer and faster luge than Queenstown – and more accidents too (so, said the pharmacist) as well as some geysers, hot springs, mud pools and volcanic activity but when it comes to shaking the earth, we English have got it covered in Mount Manganui!