This blog starts in Christchurch New Zealand as I join the ‘southern extension’ section of a cricket tour to NZ. The prospect of sightseeing across the South Island for a week or so and then two tests on the North Island (interspersed with a few days in Rotorua) is just mouth-watering beyond description!

I’m back with the same tour company as they did such a great job in Sri Lanka this time last year. For some reason, our erstwhile tour manager (TM from now on!) seemed to think that my casual dining wear of green trousers and accompanying red trainers was more clown-like than the height of fashion which I was clearly portraying! TM also then suggested that as a clown I would be good at magic tricks – how the two are related I have no idea but TM thought otherwise. And so the soubriquet stuck – so much so that another member of the tour party was convinced I was a professional clown!

So if references to clowns or magic arise…you know the context!

Anyway, off the group set early morning for the TransAlp Express from Christchurch to Greymouth. The excitement of one of the great train journeys of the world enhanced by the words ‘rail replacement service’ from Arthur’s Pass to Greymouth due to a land slide.

But no worries! The suburbs of Christchurch soon gave way to the expanse of the Canterbury Plains (imagine the Fens but with lots and lots of sheep and you’ll get the idea!). But unlike the Fens, the Southern Alps soon appeared on the horizon and within minutes became a reality.

We slowly and imperceptibly climb to above cloud level, the ‘highlands’ in verdant splendour awash with cattle, rivers, valleys and scenery to take your breath away. 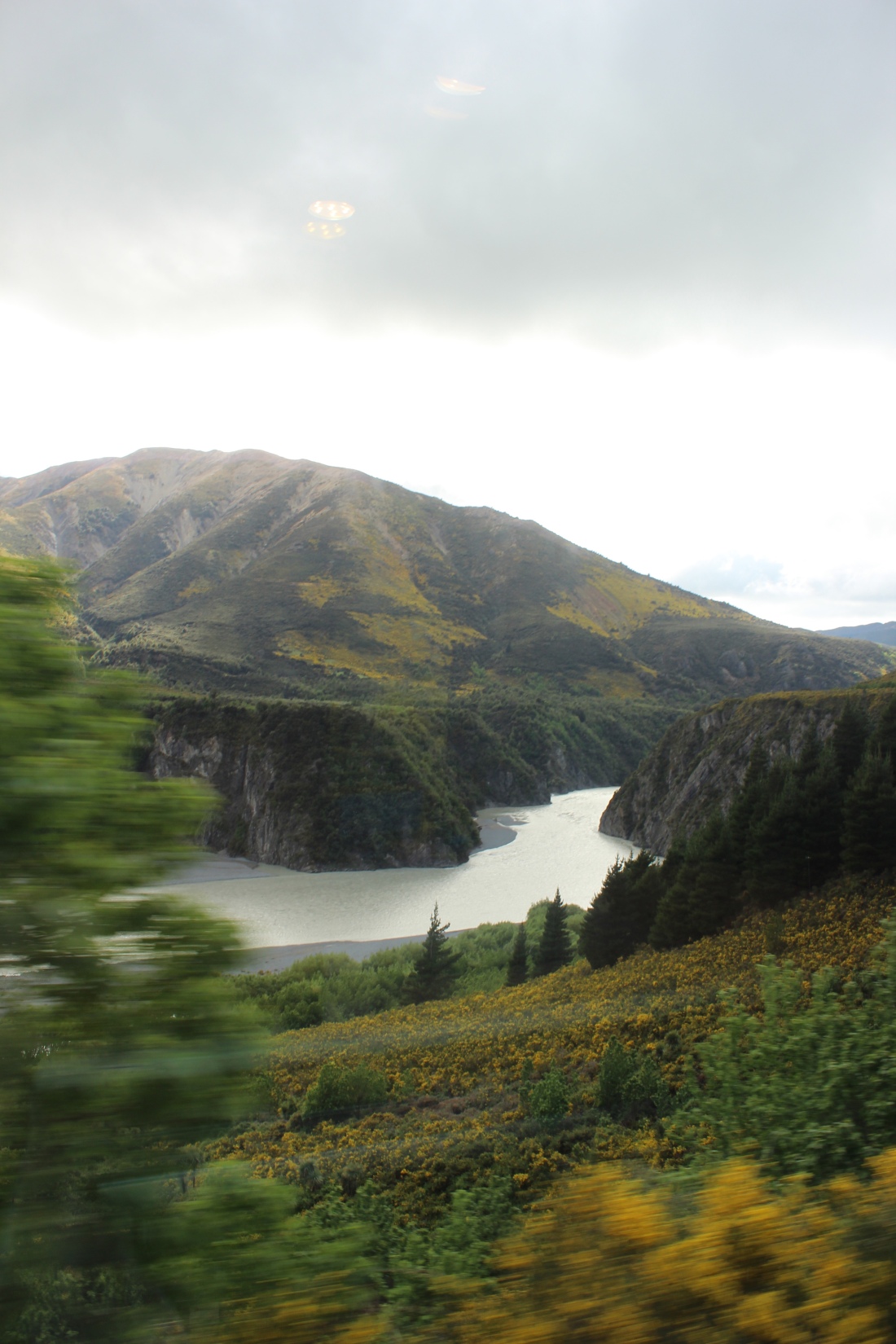 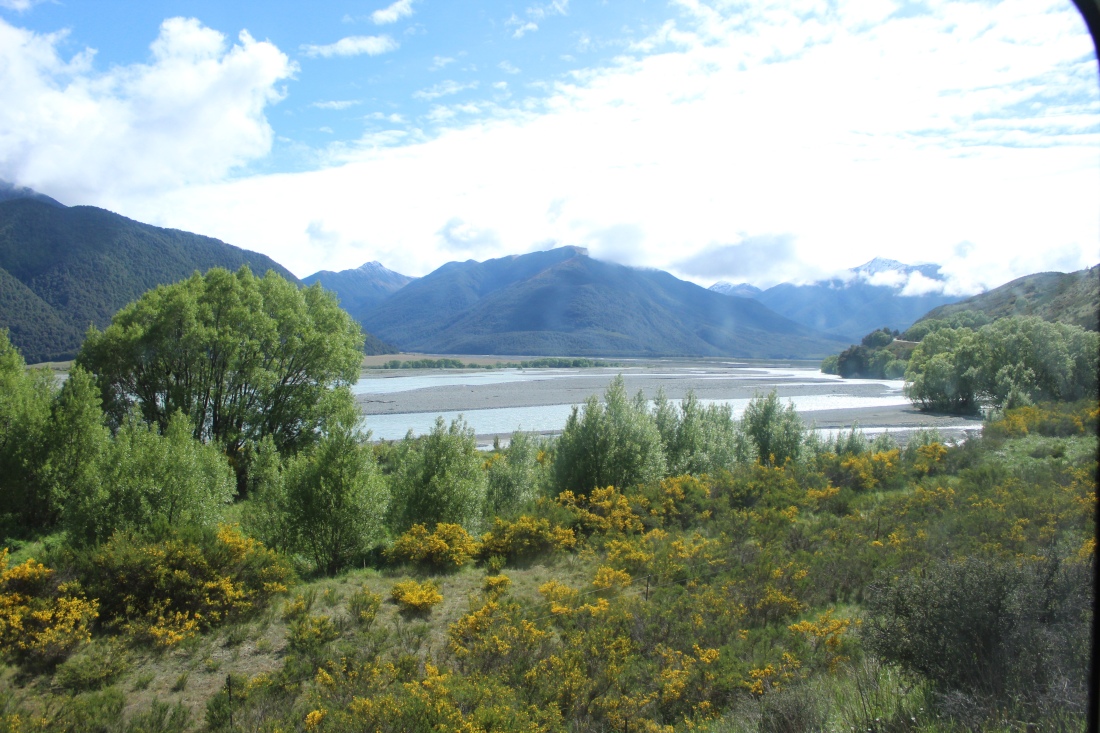 It’s also taken away by the open sided front carriage with inflowing diesel fumes from the engine and crowds of tourists snapping for all their worth including the inside of the many tunnels as we climb and the snow capped mountains of the Southern Alps appear.

With each turn, change of scenery, twist etc there’s almost a Pavlovian action en masse to grab the next photo opportunity but as the fumes build a retreat to the closed coaches and attempt to take photos without reflections! Hopefully a sample will suffice but I’m taking loads (636 so far!) so if I do invite you round to see my holiday snaps, I’ll understand!

The replacement bus service starts at Arthur’s Pass (the Spoonerism is quite descriptive) but unlike others I’ve been on it has some of the most dramatic scenery to behold! It follows the railway as much as it can and only adds 10 minutes to the time,

The collection of the hire car was an episode in itself and it seems my offer to help with the driving was taken as ‘do all the driving’ as I’m presented with a chauffeur’s cap and gloves!

Anyway, a short break after a navigational error took us north instead of south (no names no pack drill) and a stop to stretch legs at a small seaside town was well received.

My choice of music – I’m driving, hence my choice (!) – was met with similar derision but Send in the Clowns as we drove S6 to Fox Glacier among ever more enchanting scenery was most apt. Tomorrow we explore glaciers – Fox Glacier to be precise and there are mints in the hotel reception!

Ps…a more formal, structured and sensible blog for the tour company will be available next week!!