My cricket watching for the summer ends today with a final visit to Lord’s for the last day of Middlesex v Derbyshire. This brings my total watching up to 48 days and 14 of the 18 counties. Yorkshire, Northamptonshire, Leicestershire and Worcestershire missing out on my opinions! But what a summer!

World Cups come and go (ok…England did well but so did NZ who played the better cricket but England had the better luck), Ashes series seem to have been around since time began (1877 in reality) but innings like Stokes at Headingley less so (Botham 1981 – twice!) but for me there’s only one true highlight – seeing Steve Smith bat ‘live’ (again…was able to witness every run of his 2017/8 Ashes series) but he seems to be getting better and better.

A player of his calibre comes along once every 100 or so years and now is his time!

Ok…some will argue about his involvement in ‘cheating’ in the great sandpaper series but players have been interfering with the ball since the game began – WG Grace, JK Lever (allegedly), MA Atherton (dust in pocket), and countless others from every playing nation over the years so, this is nothing new. What was the problem was that the Aussies thought that it was a minor issue – and Smith did himself no favours in trying to laugh it off but as Wade said this summer “you don’t want to know what goes on in Smudger’s head”. Whatever does go on is clearly batting related…the guy is pure skill and genius!

But he’s won any detractors over by his skill and talent.

The County Championship comes to an end this week, the conclusion as to promotion to the First Division and the destiny of the Championship itself. There’s always a risk in playing first class cricket at the extremes of the season when weather plays such an important role. And so it seems this season. As we enter Day 4, most matches have been rain affected or finished early as draws since the final tables come to a finish and most of the games have little relevance.

There’s one exception- Somerset v Essex – for the overall title and it heads east as the weather wins. There is a certain amount of sympathy for Somerset – leaders for so long and seemingly the best side of the summer but one massive failure last week condemned them to second place (again). Essex have not only built their own publicity around ‘fortress Chelmsford’ but actually do ‘walk the talk’ for once. Luck with the weather, fighting hard for every result at home (and away as Kent will testify), but also the finest spinner in England (ok…South African by birth and a Kolpak player) in Simon Harmer and ably supported by Porter and more recently Cook (S) and Beard.

Add in Sir A at the top of the order, some fine performances from the batsmen (even though it did take for ever for any team to score more than 300 in an innings at Chelmsford) and an all round belief and you’re champions again!.

Interestingly each of the teams I follow – Essex, Middlesex and Surrey- have won the Championship over the past four seasons! Perhaps I’m a lucky charm?

Perhaps the strategy needs to be to lead the Championship by a very large margin well before the final rounds start? In other words, win it by late August…but then we don’t know (yet) what the fixture list for next year and beyond looks like!

In such diverse weather, you take your chances as to whether you’ll see any play and luckily wherever I’ve been this week there’s been play. So to end off the season…a few action photos…

Firstly from the Oval where Surrey were playing Nottinghamshire – 8th v 9th but no relevance since only the 9th team are relegated and Notts achieved that weeks ago! Thankfully last years champs don’t become this years chumps although they’ve done a good impression for most of the summer! 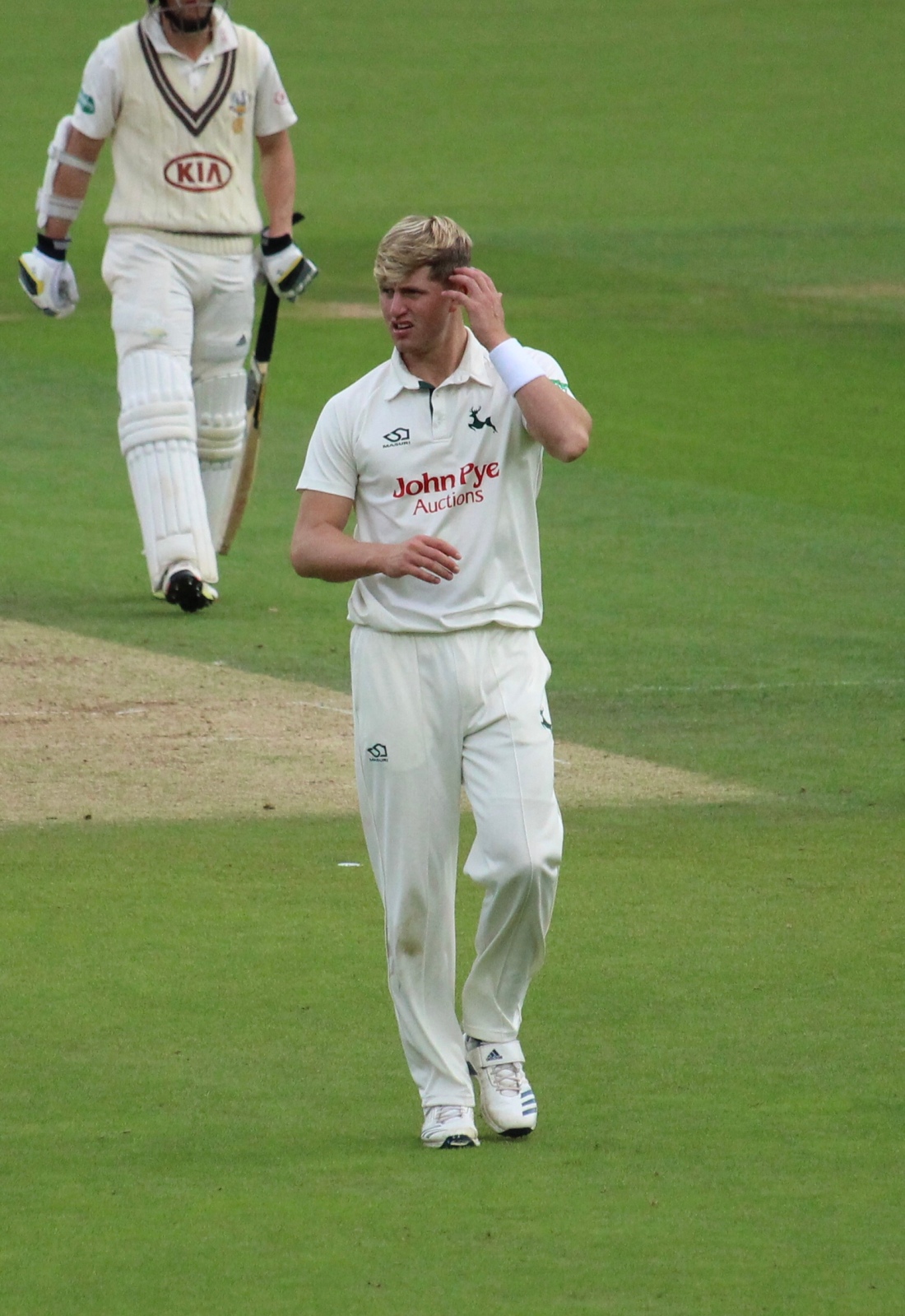 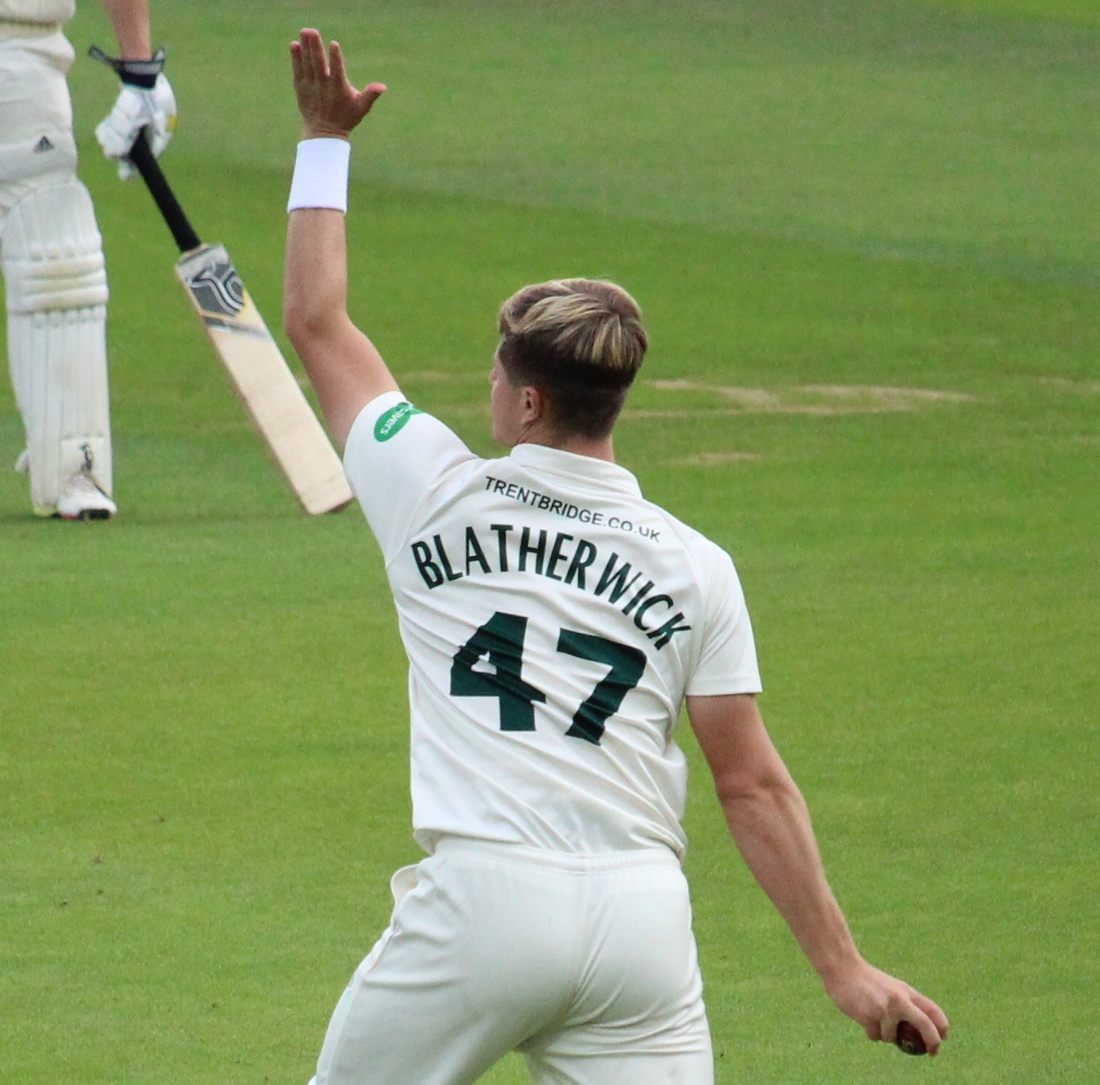 One wonders if the Notts team have spent too much time at the hairdressers – these were the only ‘highlights’ of their bowling attack! 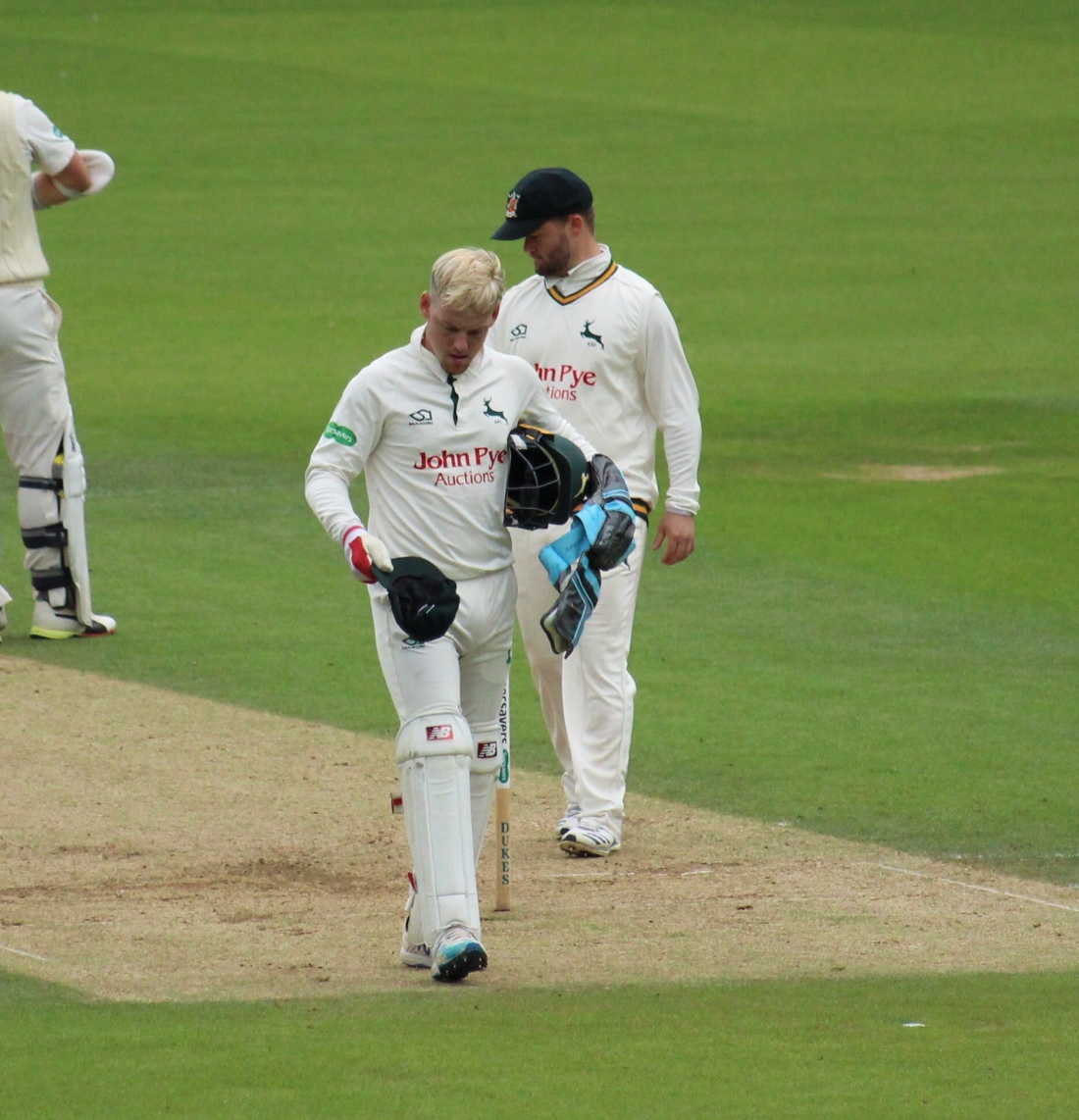 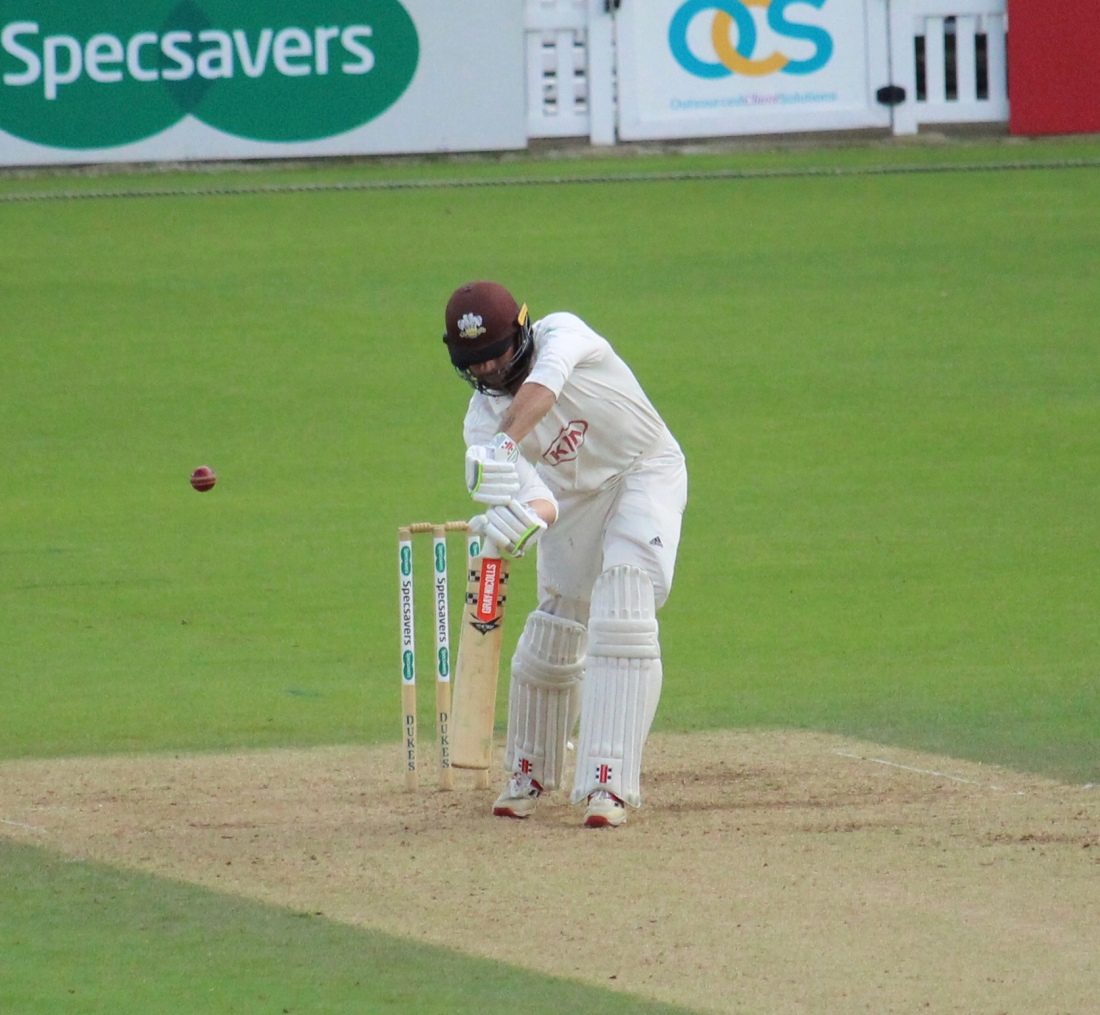 Surrey did find the second new ball more of a challenge but then…they were chasing batting bonus points!

Meanwhile on day 4 at Lord’s…things clearly meandering to a draw. Too much time has been lost and there’s nothing at stake except pride and professionalism. What is noticeable is that Derbyshires whites seem to be the whitest of all the sides I’ve seen! Clearly the laundry adds a certain sparkle to the whites…almost iridescent!

The body language of the umpires suggest that they don’t really want to be out there…it’s a long season for them too! And today it’s off and on with such regularity that by tea it’s clear there’s rain on the way and the game is called a draw in gentlemanly circumstances in the Long Room as both captains agree.

All this means no more blogging for a while? Yes, but not that long…Australia and New Zealand beckon before Christmas and Sri Lanka in the Spring…so keep looking out for the blogs…tourist and cricket combined!