Look at the spectators in the background- some found it too exciting!

After two weeks of being a tourist, I’m back to the day job of self employed cricket watching. It’s day 27 of the season for me and rocking up at the CloudFM County Ground for Essex v Warwickshire; originally scheduled for September but swapped since Worcester was not able to cater for the home fixture due today. Confused? Warwickshire and Worcester are different counties, home matches switched round and so forth…It will all become clear!

However the cricket today was absorbing and a true four day pace. Essex reach 73/2 at lunch off 32 overs with Cook (Sir A) taking root whilst Browne And Westley were too extravagant on such a day and surface. Overcast yet on the cool side of warm meant that the Warwickshire bowling caused issues from early on. Hannon-Dalby so far bowling seven overs, six of which were maidens! Slightly indifferent bounce especially from the Hays Close end meant that patience and perseverance are key.

By tea Essex reach 169/4 off 65 overs (bowled within the four hours expected!) but could have been better. Cook (Sir A) went to a false shot outside off, Lawrence caught behind having made 84 and 61 respectively and were sitting pretty at 157/2. The Warwickshire bowling has looked indifferent this afternoon, lacking the penetration needed but applying pressure via maidens. It wasn’t until Will Rhodes appeared just before tea to nip out the two batsmen that things improved. Rhodes looks quite slippy and is more of a handful than batsmen think.

But by tea I suppose each side is reasonably happy, Essex the more so but given that there’s only been two scores of more than 300 here all season, then a clattering of wickets can only be expected later. Warwickshire would have 240/250 in their heads as a good days work having elected to field, but let’s see.

Honestly…I write each part of the blog at convenient intervals so my hint of an Essex collapse was no more than that; but I’m equally not surprised when they collapse from four down at tea to be nine down an hour or so later at 197/9. Other than Lawrence and Sir A, no one has shown any tenacity or more importantly patience to wait for the bad ball…too many loose shots for most people’s liking.

A waggle of the tail – Beard and Quinn – add a level of respectability – and wag until the 94th over of the day before the innings closes at 245. Both sides are probably content with their days work…but a bit more patience could have meant…

And to make it clear why this match is being played now:

No other Warwickshire Ground was available/made the grade

Agreed to move the home fixture to Worcester

Worcester is then flooded during June and Ground is not fit for play.

Solution – move the Essex away fixture to a home fixture and move the home one away in September! 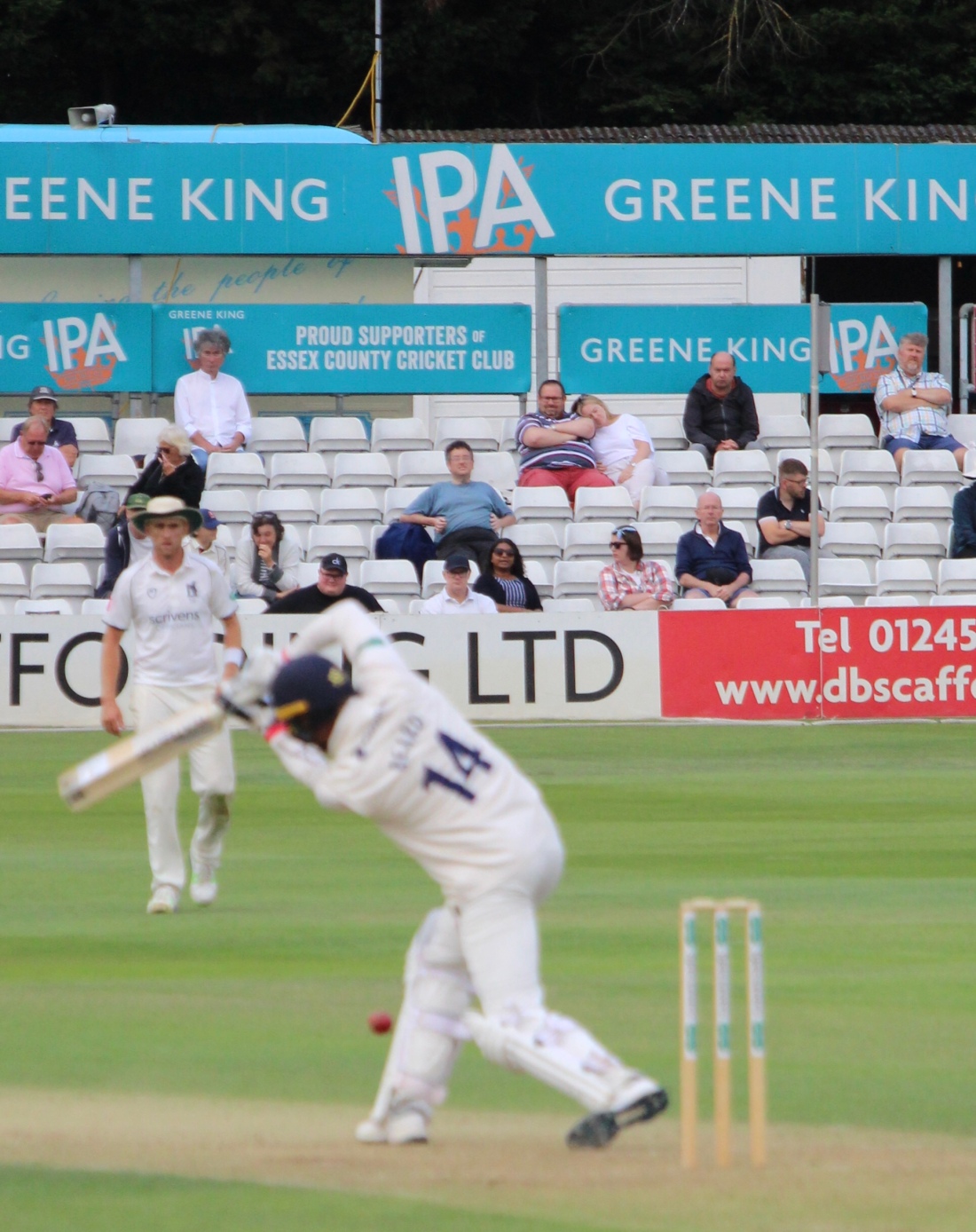