A fine Spring day with Lord’s looking magnificent in clear sunshine and a pale blue sky, the outfield looking like a chessboard, and a vociferous large group of well behaved school children feasting on the overall magnificence just makes for sheer pleasure; add the tension of a well fought first class cricket match and there’s nothing to beat it…anywhere (ok, my Aussie readers will have their views as will several in the UK but for me, this is bliss).

The match in question is day two of a second division County Championship game between Middlesex and Leicestershire and through the vagaries of the fixture list, this is the only time this season I get to see Leicestershire and I didn’t see them last season so it just had to be done.

Yesterday saw Middlesex after a shaky start reach 325/8 and probably ahead in the game. Today the pitch looks as if it’s drying under the warm sun and reasonably flat but both sides from what I’ve seen are making slowish batting progress – the switch from one day to four day is clearly an increasingly difficult challenge.

Middlesex progress in a stately fashion to 349ao with a most unfortunate run out of Bamber who backed up just a little too far and the straight drive by Helm ricocheted into the stumps leaving the side one run short of their fourth batting point.

Will Middlesex come to rue the other chances of missing out on one run and one point at the end of the season? Given the fine margins involved in each match and hence the Championship this could be so…after all Nottinghamshire just survived in Division one last season by the merest whisker! All goes to prove that the slimmest of margins in professional sport really do matter and you have to take advantage of every one – not easy but…

Leicestershire lunch on 62/2 with Azad falling for 21 on the last ball of the session to a pearler from Harris. I think batting on this surface gets easier once you’ve settled in; it’s not easy with the odd ball keeping low but if you bowl to your field wickets will come (7-2 offside means you need to be on your game…no margin for error), runs will flow if you persevere and the team which does those better should prevail! But…we shall see!

By tea Leicestershire had progressed to 189/4 – a bit of a recovery from 113/4. Neither side in this session showed any dominance. Middlesex’s second string bowling looked adequate but lacked penetration.

Selection may have had something to do with it? Roland-Jones and Finn absent, Murtagh with Ireland but I did think that an opening combination of Helm and Bamber bodes well for the future. Harris looked off the pace, Rayner really needs dryer pitches whilst Scott provided a few overs of rest for the others. Cosgrave for Leicestershire came and went for 26 but Ackerman and Dearden steadied the ship.

Leicestershire should be the team everyone beats so a good performance by Middlesex is required if they are to stand any chance of promotion at the end of the summer. A bit more oomph from both sides could help each of them.

The century for the 4th wicket partnership came a little while after tea with both batsmen making half-centuries. But then the wheels came off after each went within 10 runs. You can make runs on this pitch as both sides have found but no one seems to be able to reach the century. From 223/4 to 257/9 at the close does not augur well for the resilience of the team. Take out the 120+ scored by Ackerman and Dearden then the rest look poor. 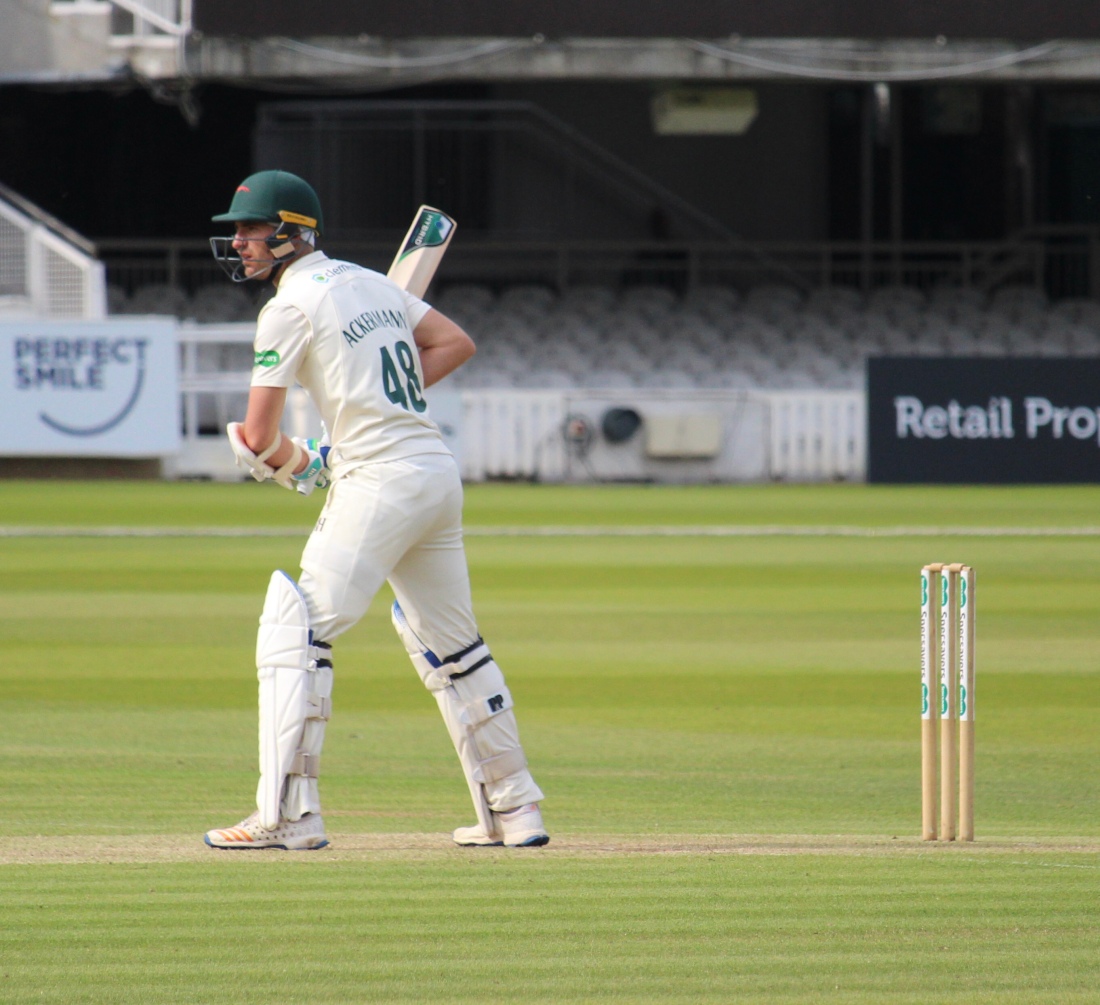 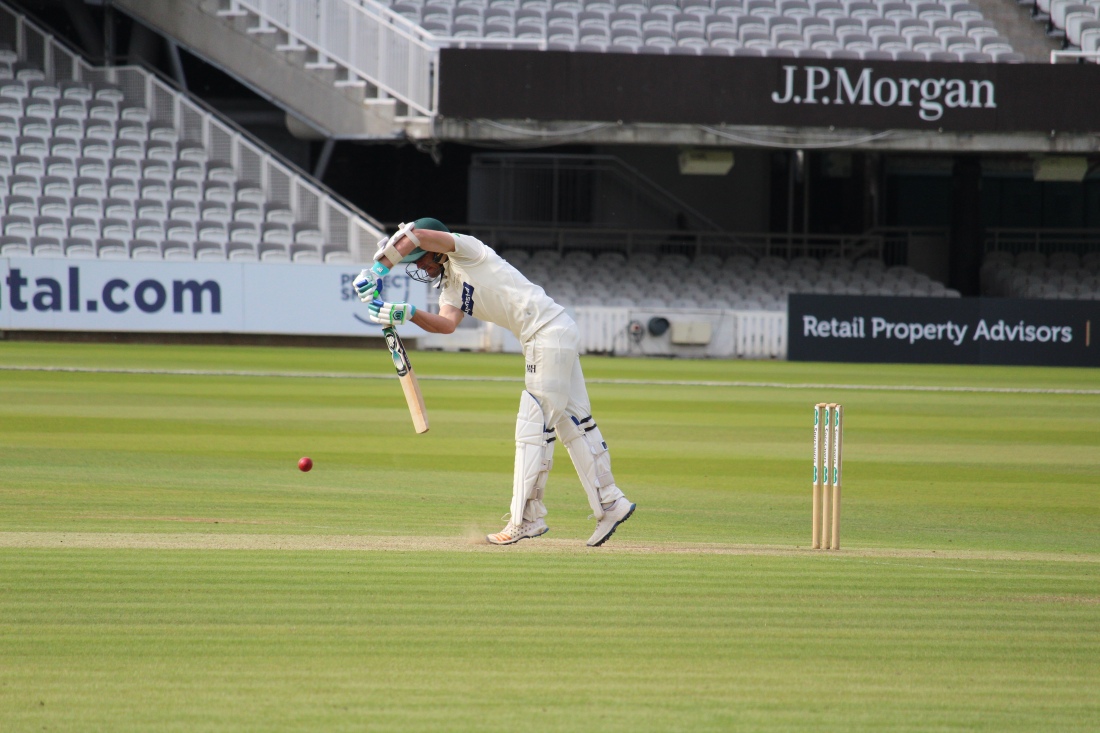 And the fine margin of a mistake at 223/4 makes the rest of the innings and a deficit of close to 90 somewhat challenging going forward but it’s these points which turn matches.