There’s nothing quite like a sunny day, the greensward of the outfield, shade from the tree lined boundary or a cooling breeze and the sight of County Cricket in full flow and that’s what we have today at Chelmsford as Essex play their first first class home match against Nottinghamshire.

The first session was noticeable for its relatively slow pace compared to the crash bang wallop of the past few weeks of the Royal London and Notts who on winning the toss elect to bat on what looks from a distance a greener surface than we’ve seen so far this season.

Tight bowling by Essex coupled with a fair bit of ‘nip’ off the pitch mean that Notts took their time, played themselves back into four-day mode and reach lunch off 31 overs (well done Essex) at 76/2, both not out batsmen on 20 – Slater and Clarke. The toughness of the play so far is highlighted by the percentage of maidens – well over 30% which is high by modern standards.

The crowd and atmosphere are calmer than recent games but I reckon a number of care homes in Essex and Notts are short of a few residents today – the average age here seems to be very high and when men start taking off their trousers, it’s time to move away and find a quieter spot!

The Championship is an acquired taste but the bedrock of the test and international teams; I know the ECB are trying to liven things up but this fixture runs Tuesday to Friday when most people and the ‘new target’ audience are either at work or school. There’s only one first class cricket match played this coming weekend and it starts on Sunday!

Tea…and whilst I had my tongue in cheek about the care home organised visits to the cricket, there’s a group near me who are leaving now since their bus is going at 4pm and will go ‘wivvvartcha’ if you’re not there! I could tell they were OAPs since they left 30 minutes before they needed to, just to be sure they were there on time! Everyone did as they were told by the organiser! At least they were all fully clothed!

The score progressed to 157/7 having been 131/2 an hour or so after lunch. Wickets fell in clutches as the tight bowling played on the minds of the Notts batsmen but to lose five wickets so quickly suggested more of a lack of application rather than technique. The pitch looks as if it’s drying out under a very warm sun and should turn into a batting paradise later in the game but we shall see. Maidens creeping up towards 33% of over bowled; would normally expect to see low to mid 20s.

After 72 overs Notts are all out for 187. Poor effort after 131/2; tight bowling, loose one day style batting all add up, or in this case don’t add up to a decent score. And to think at one stage last season Notts were the front runners but only just scrapped home to retain their first division status. I know it’s very early days but the omens are not that favourable! But let’s see what Essex can do…after all Broad is due some wickets!

Essex just made things look easier (not easy) as they progressed like a ship in sail along the Thames Estuary to reach 68/0 at the close. Will this game last four days? Who knows but I’m off to Lords tomorrow to see Leicestershire for the only time this season. 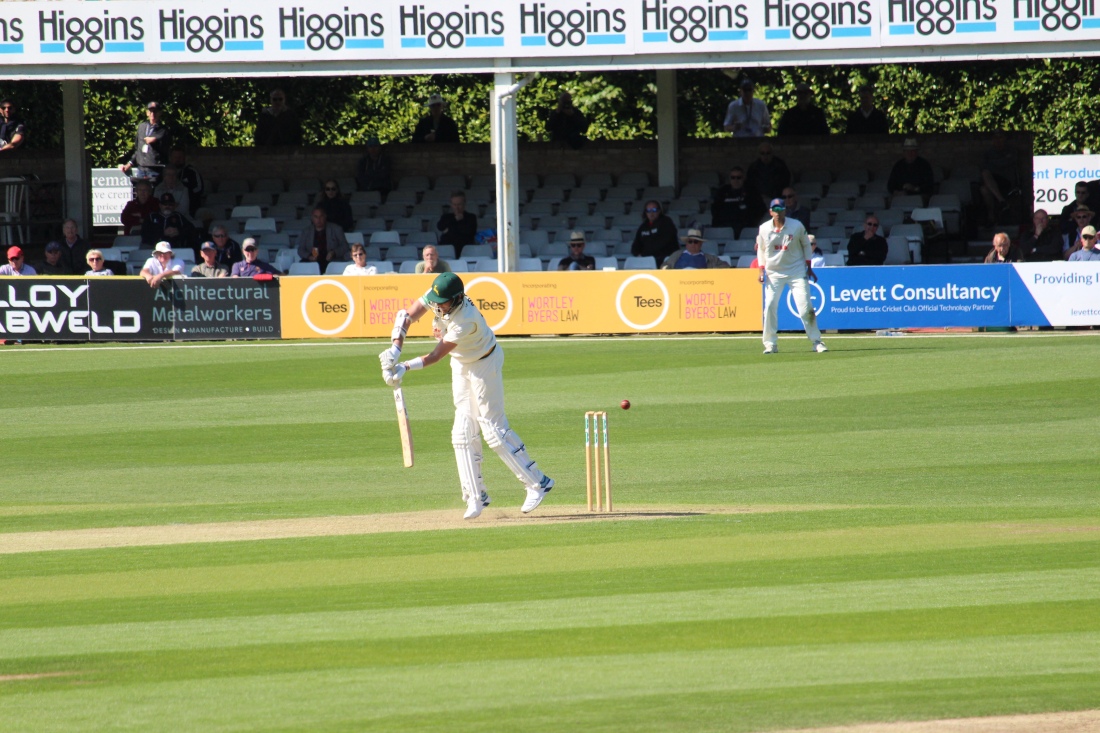 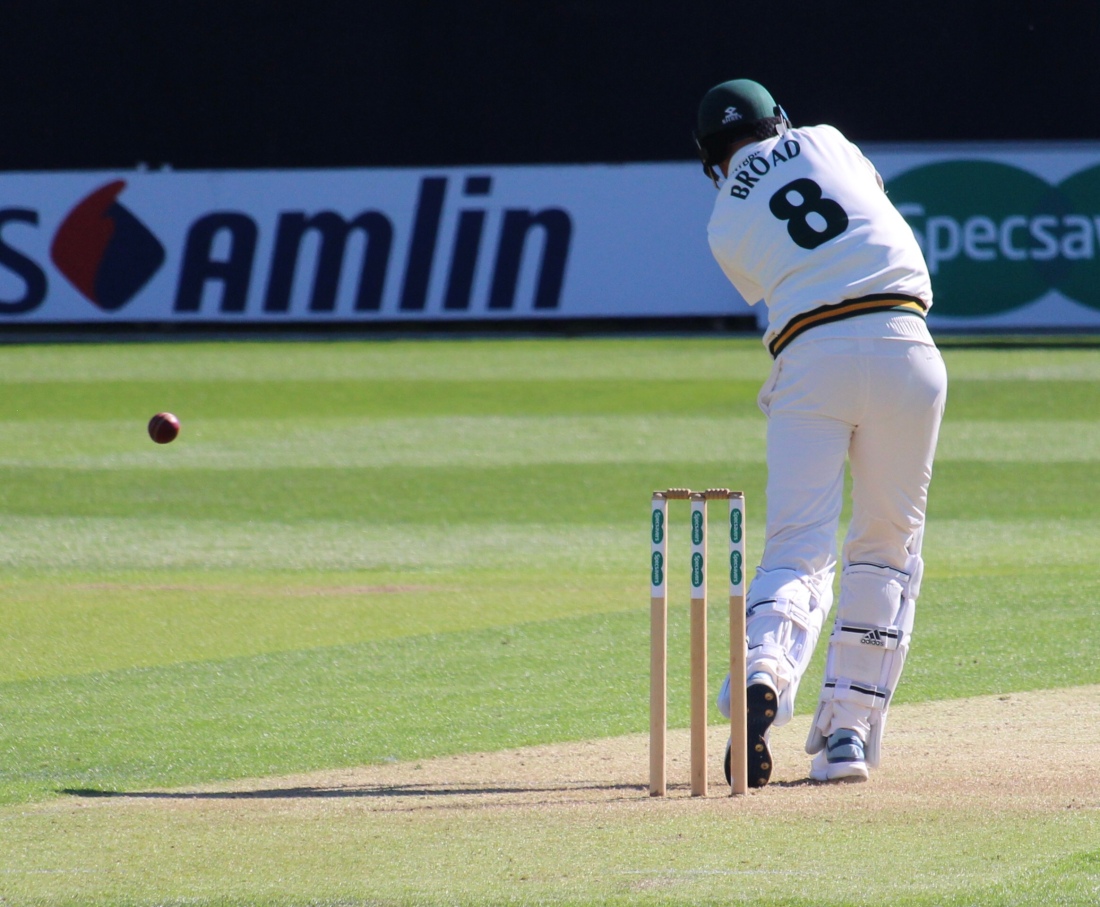