To start a small technical point. The photos may not be to the usual quality as I’m unable at the moment to recharge my cell phone to upload photos from my camera. Therefore for the moment please bear with me and all else being equal I’m hoping to back fully functioning soon. If not, I’m going to bore you rigid with my holiday snaps when I’m back in the UK! I think all my friends will be too busy to see me for months!

Today dawns at the Strathmore Mandria bungalow in Hatton to the smell on the breeze of tea dust and the dulcet tones of someone practicing Fur Elise on their recorder. The whole scene is idyllic.

I need to point out at this stage that I am one of the few people in the world who doesn’t drink tea – the smell is all it needs to send me running for cover! So a visit to a tea plantation in the tea growing area of Sri Lanka would seem incongruous but it will add to the sum of knowledge!

But first, a couple of stops at viewpoints for two of Sri Lanka’s largest waterfalls. 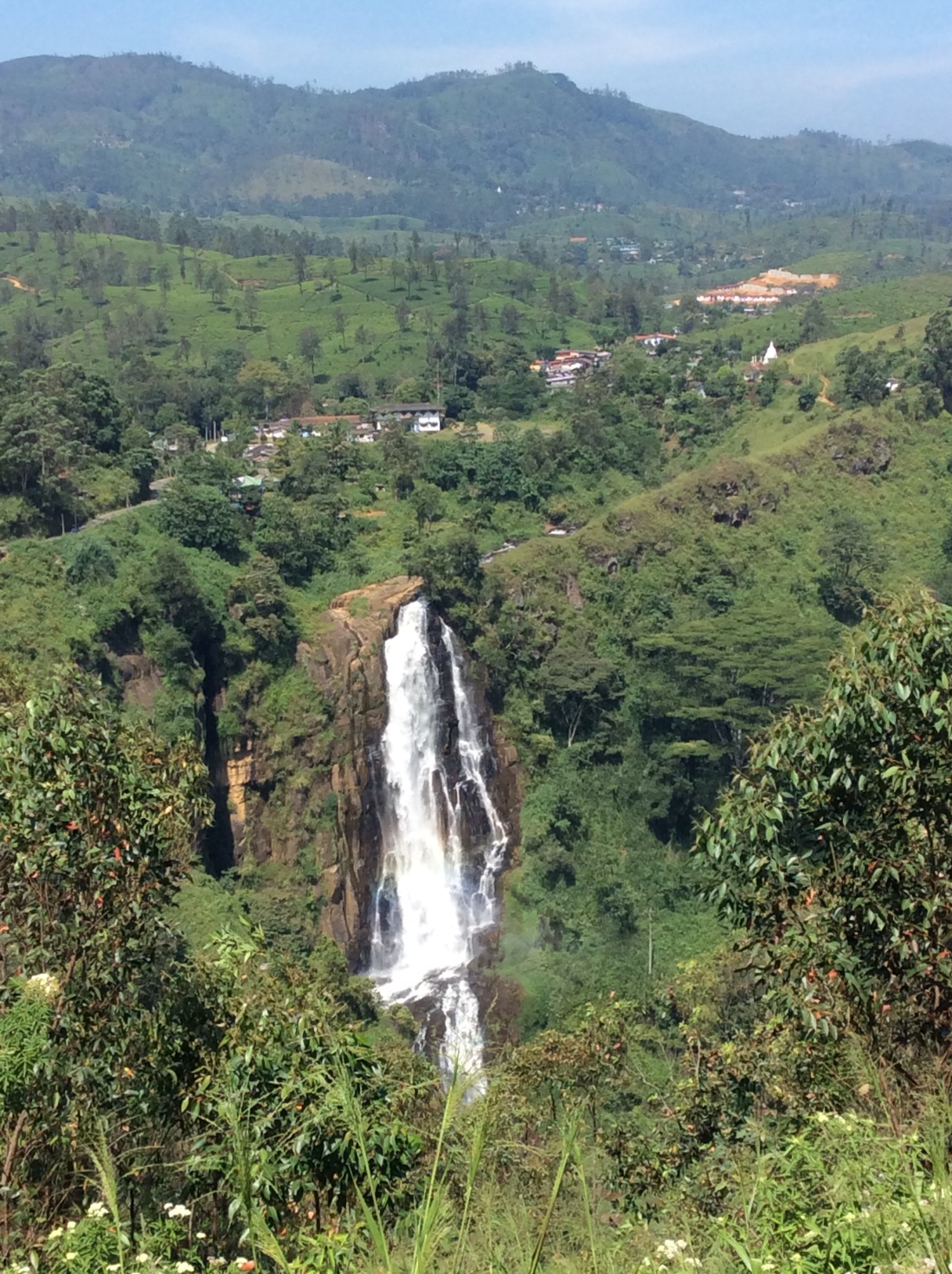 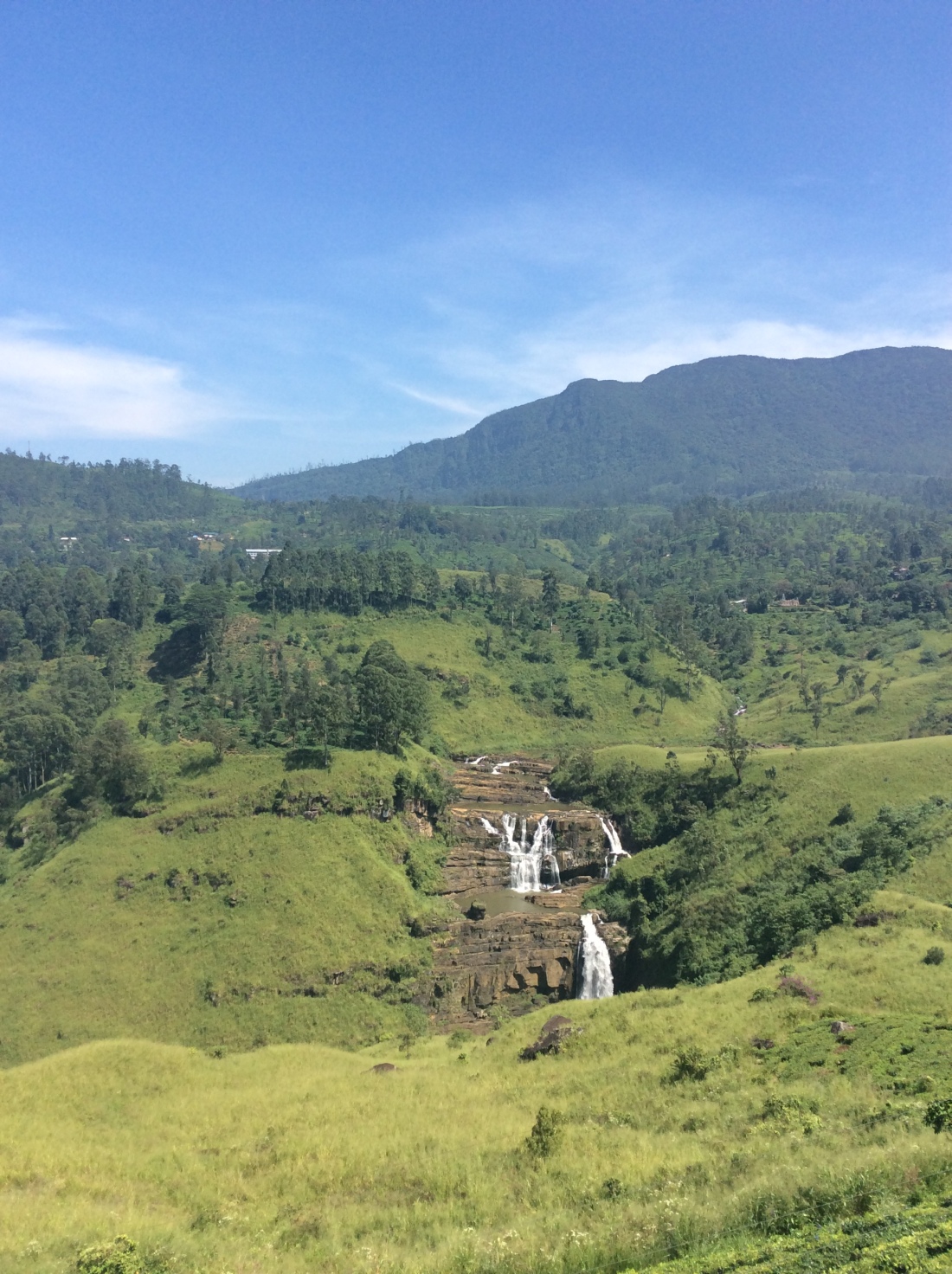 To grow tea bushes (originally Sri Lanka was earmarked for coffee production in the 19th century but that failed when parasites affected the crop) you need warmth (here in abundance), water (ditto) and labour (ditto too). The advantages that tea bushes have is that they will or even prefer to grow on hillsides – I don’t know who asked them or how they know but they do and there’s loads of steep hillsides, rolling landscapes, sharp bends, steep gradients, nooks and crannies and every square inch of land covered in tea bushes.

The visit to the tea factory was a little disappointing as their working patterns mean that they pick today and process today/tomorrow and as yesterday was Sunday, there was little to see except some idle equipment and a few maintenance men and builders- everyone else was out on the hillside. The equipment did seem a little pristine and lacking in evidence of any recent tea leaves but interestingly the pickers – as it reached lunch time or even the end of their shift – had all their bags collected by another team who then proceeded to carry all the bags up the mountainside in the opposite direction to the factory. 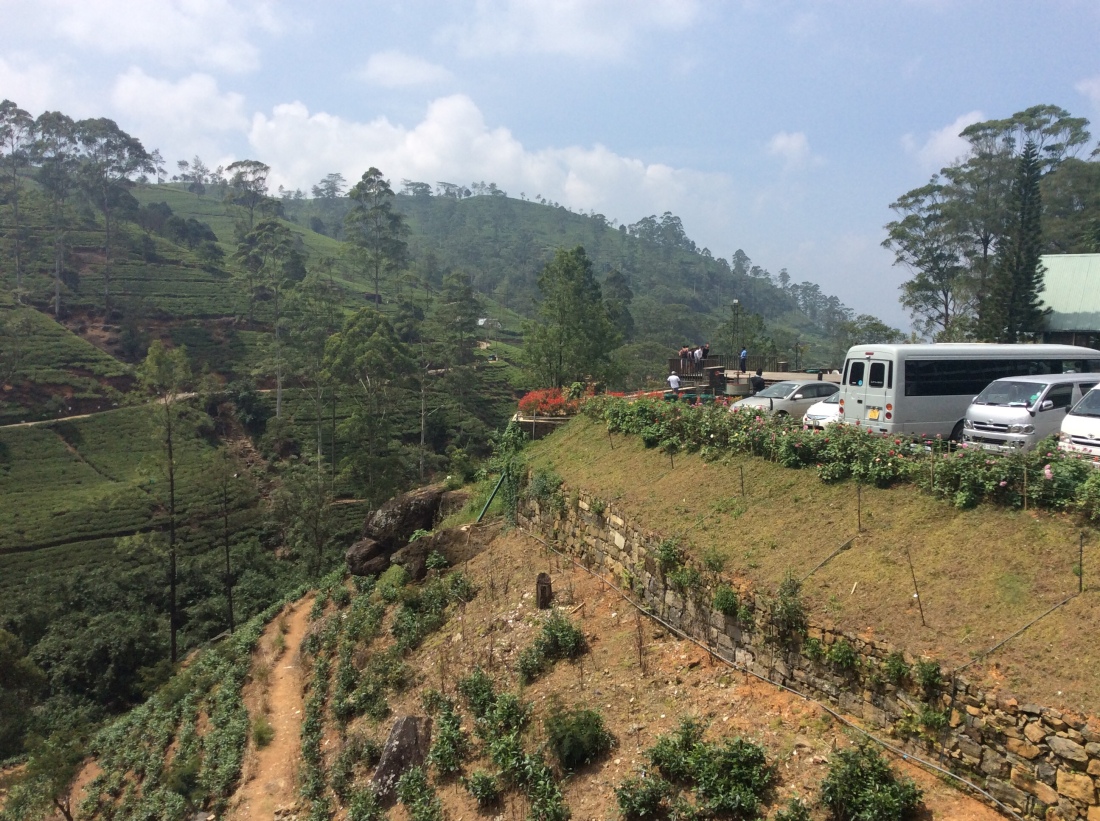 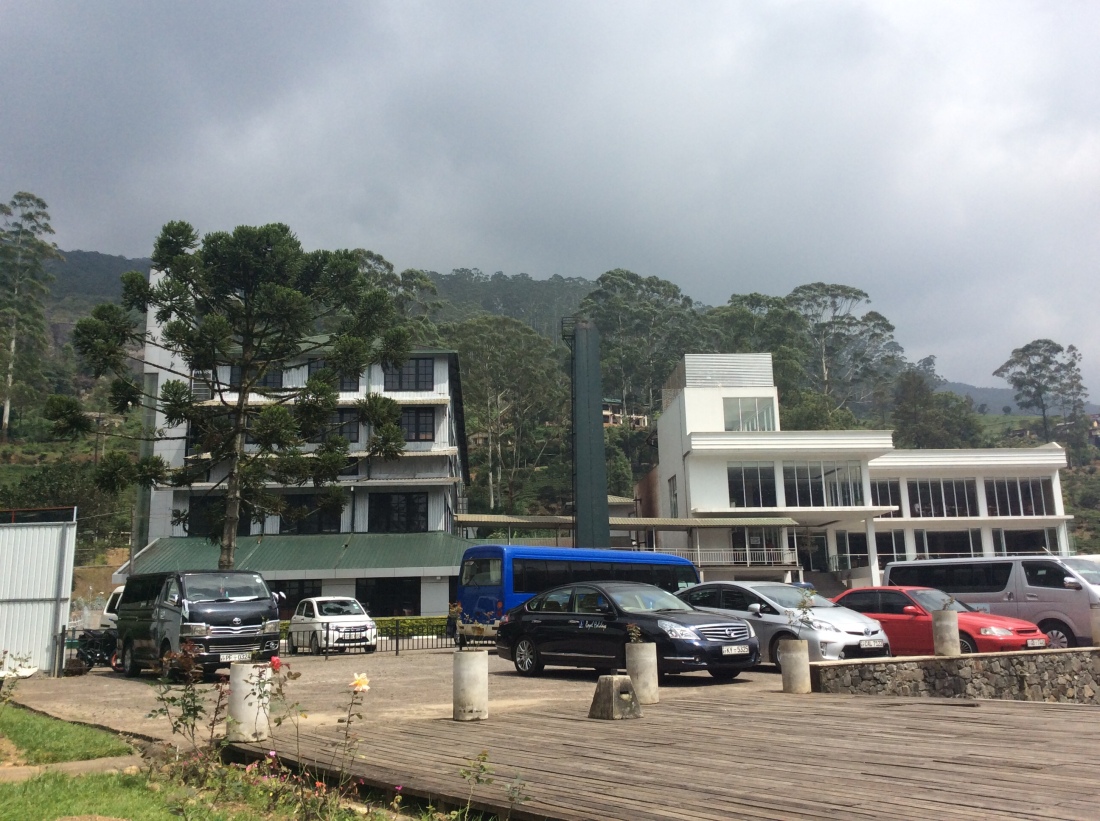 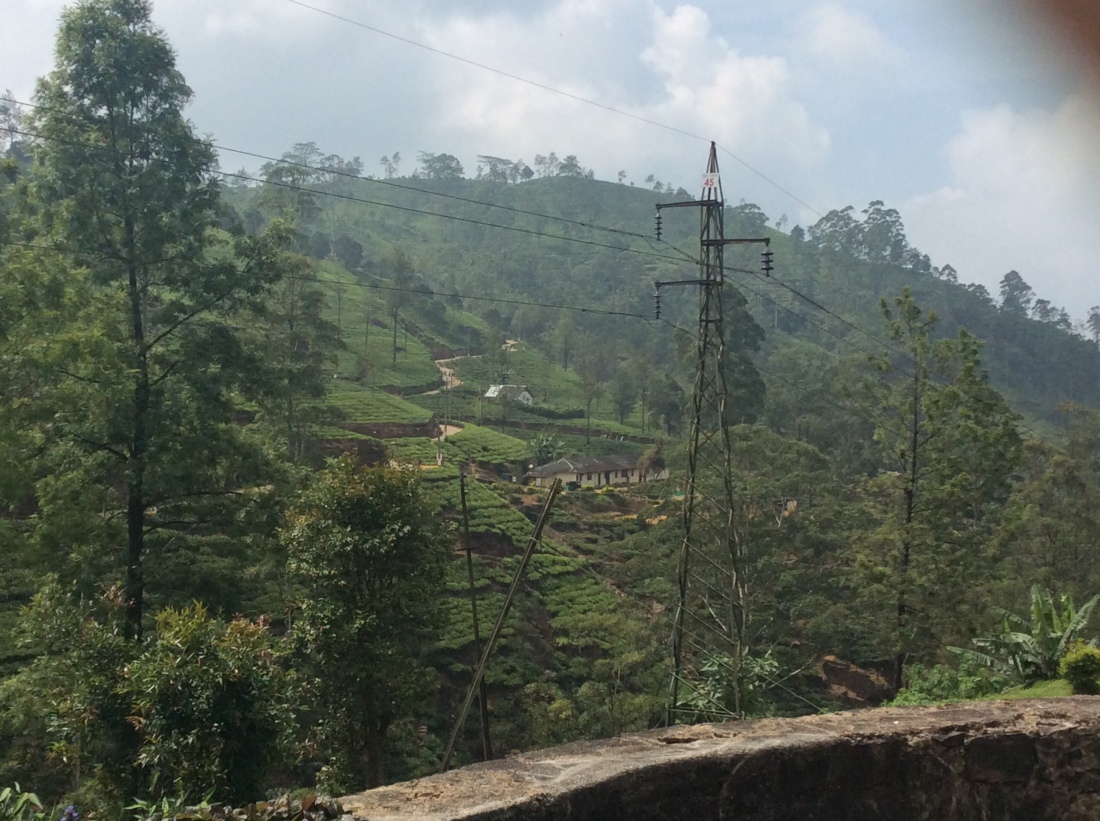 The option to sample the output was politely declined without causing an international or diplomatic incident and a few photos snapped.

Lunch in Nurawa Eliya – the local commercial centre – at the Grand Hotel was fine and a wander around the gardens aided digestion after a pleasant coffee! And a spell outside the post office emphasised how cooler it was in the uplands compared to the incessant humidity of the coast where even paper almost disintegrated in front of your eyes. 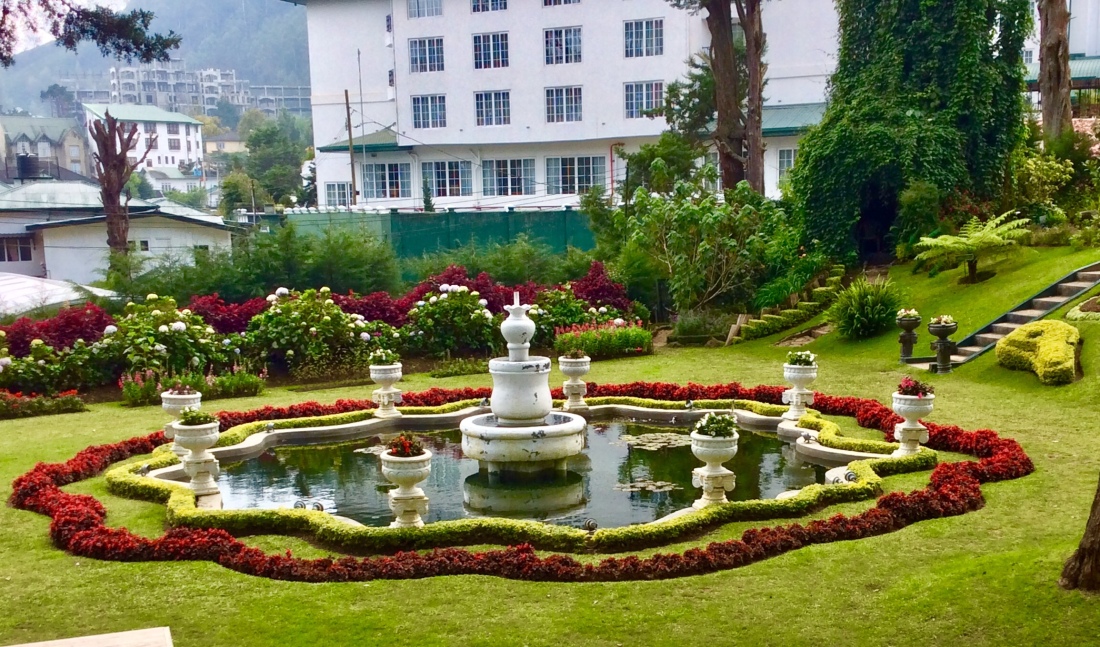 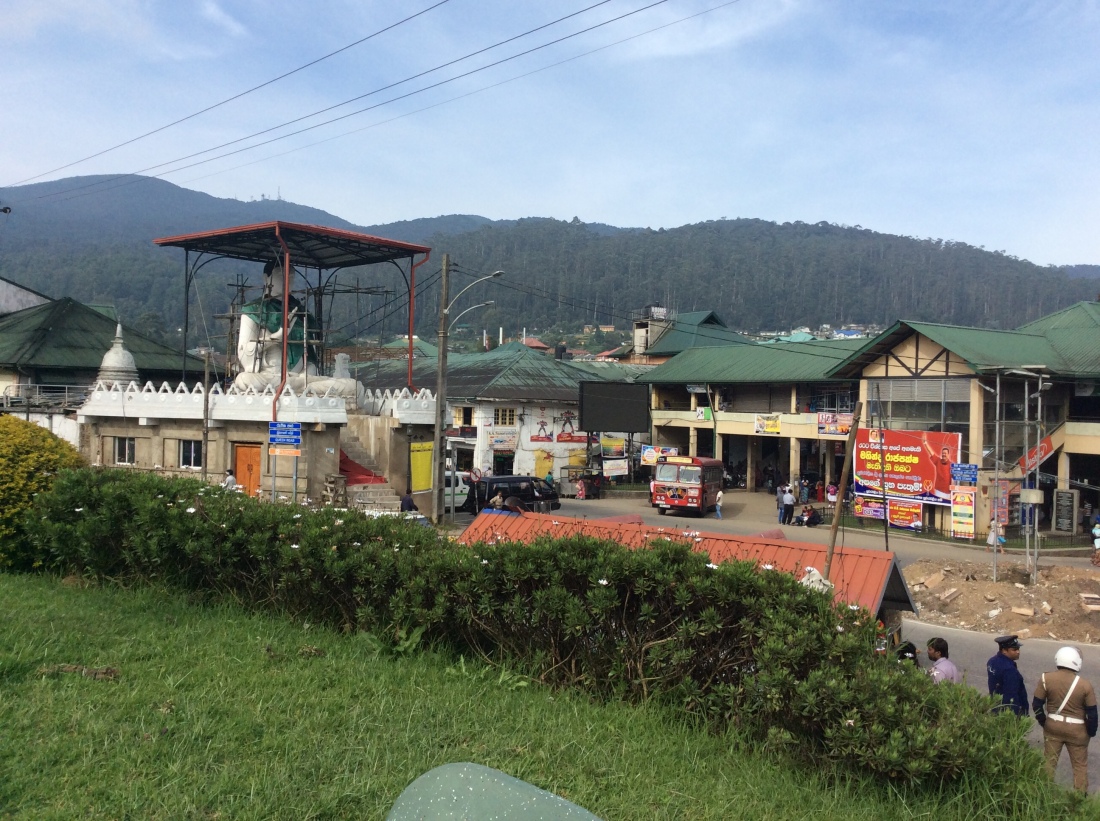 By way of light relief, I’ve seen a Naandos, the option to buy Kodak Flim, a school called the Terminal Education Academy and at Galle cricket ground, the ‘right wing stand’ as it was on the right as you looked from one end of the ground.