Today all the focus is on the Oval and Cook’s book-ending his test career with hundreds (both against India). But the game is more than just one player, it’s about 11 players, two teams, respect for the umpires, the spirit of the game, the fun and enjoyment be it as a player or spectator, team work, strategy, skill, planning, execution, weather, ground conditions, playing conditions, laws, scoring, rituals, lunch and tea, and, above all, the feeling that whatever else is happening cricket will be there in whatever format.

So, a break away from the test arena sees another round of Championship matches – and, ok, I’ve had my gripes this summer about the placement of the Championship in the calendar but I do worry- as I write this sitting in front of the Lords pavilion wickets are tumbling like ninepins not only here – 11 have fallen in half a days play – but also across the country…71 at the last count at 2.40pm ( but none at the Oval!). That’s 71 in nine games (and one of those has only just started due to weather). That’s one fifth of the total possible in just over 12% of the total playing time. 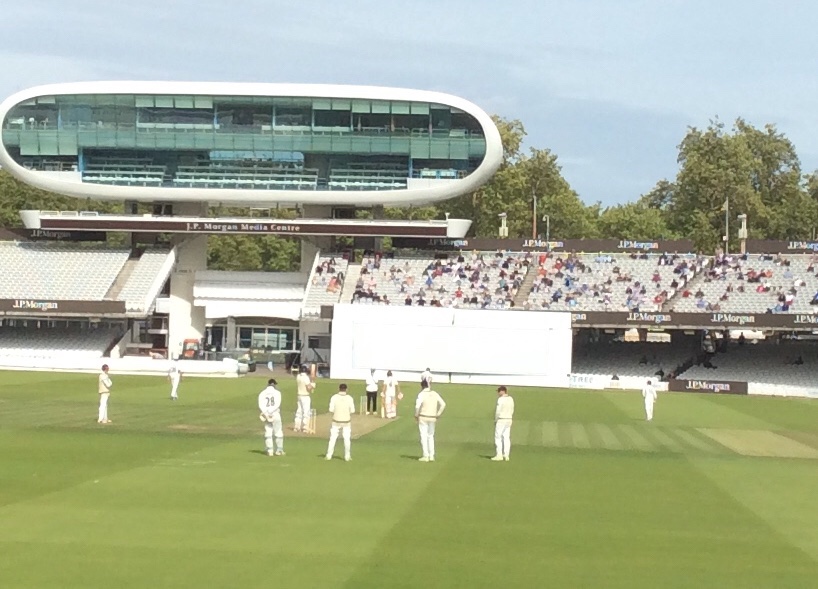 Now, either there’s been an outbreak of excellent bowling across the nation since last week or everyone’s playing on green tops but no…there’s a sense of end of term/season about the play or have skill levels suddenly dropped among county cricketers? No one seems to be able to, or want to, be patient and build innings, bat for the sake of batting and the pleasure of scoring runs. So thank you Alistair…you are unique and one of a long line of patient, run scoring batsmen who take and give pleasure just by scoring runs. And if today is any guide…and we’ve seen the same earlier in the season, then, yes, we shall not see your like again. And as the ECB want to kill off the Championship (or at least increasingly marginalise it), that rings ever more true. And another wicket falls here at Lord’s…and it’s not yet 3pm! Time for afternoon tea for me!